President Trump did what seemed nearly impossible this week, sinking to a new low in demanding that four Democratic congresswomen “go back” to their countries of origin.

The president’s racist attacks on sitting members of the House of Representatives were awful enough at first blush. And then he chose to defend his statements in blasting his victims, Reps. Ilhan Omar, Rashida Tlaib, Alexandria Ocasio-Cortez and Ayanna Pressley as “anti-Israel” and “anti-Semitic.” His rhetoric even whipped up the crowd into a chant of “send her back” in reference to Omar.

American Jews want no part in the president’s racist tirades nor his weaponization of support for Israel. Not only does he not speak for our community, he deeply offends us.

No doubt Omar and Tlaib have caused offense in our community with their comments that peddle in anti-Semitic tropes and cast one-sided blame on Israel for the lack of Middle East peace. But the answer to their problematic words and policy positions will never be an excuse for the descent into the president’s base racism. We, as American Jews, understand that our fate is tied up with other minority communities, with whom we have labored for decades to advance civil rights and battle prejudice.

We resent being used as a rhetorical shield, or as a whitewash for the president’s racism. Come Election Day, our actions at the ballot box will again reflect that sentiment.

Despite the baseless predictions from the White House otherwise, American Jews are stalwart backers of the Democratic Party. More than 75 percent of Jewish Americans voted for Democrats in the most recent midterm elections, according to exit polls. Other polls have revealed that the president has a dismal 29 percent approval rating among Jewish Americans, and that only one in six identify as Republican.

American Jews recognize that whatever his gifts to the far-right in Israel, this president has stoked anti-Semitism here as no holder of the office before him. He routinely caricatures Jews as a wealthy monolith whose allegiances are divided between the United States and Israel. He has refused to condemn white supremacists on numerous occasions, and in response to neo-Nazis marching in Charlottesville he shockingly stated that there are “some very fine people on both sides.” The Anti-Defamation League found that violent anti-Semitic attacks doubled last year.

This is why, not surprisingly, 71 percent of Jews disapprove of Trump’s handling of anti-Semitism. According to the same survey, 60 percent feel the president bears responsibility for recent anti-Semitic attacks in Pittsburgh and Poway. Jews recognize that fueling white supremacism fuels anti-Semitism. This is why using Jews as a shield in the midst of his own racist tirades is so hypocritical and downright dangerous to the Jewish community.

American Jews can feel nothing but horror at the president’s bigoted statements, which violate democratic principles, tear at the social fabric and strike fear into the hearts of minority communities — and are, at times, truly racist. This brand of demagoguery recalls the politics of another century and a different continent. The duties of privilege and resistance are ones that we have inherited from our history as a persecuted minority.

Trump’s repugnant rhetoric and actions speak for themselves, reflecting damningly on those who stand with him. Despite their attempts to let Jews be dragged down into the fight, almost the entire Jewish community will stand united against him. As a people with a deep and long history with these sorts of leaders, we know well how — and far too often — it turns out.

Aaron Keyak is a former head of the National Jewish Democratic Council and managing partner of Bluelight Strategies in Washington, D.C. 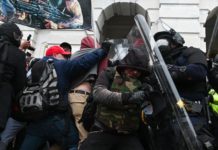 Jewish Groups Respond to Violence in DC with ‘Outrage,’ ‘Disgust’ and Criticism of Trump 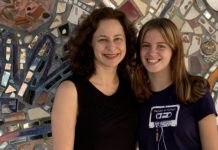 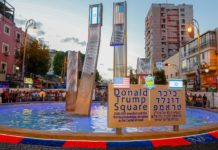