A strange mix of wonder and fear overwhelm many Americans today as we imagine life in outer space. Can we make it to Mars? Will we find extraterrestrial life? Is space travel safe?

Similar questions were raised a half-century ago, as the United States raced to send a man to the moon. Recently revived in our collective memory, the Apollo 11 spacecraft landed on the moon on July 20, 1969, marking a major achievement in both U.S. and world history.

It was a turbulent time, said Esther, who declined to provide a last name when interviewed in the lobby of Jewish Community Services Building.

“It was not a good time in America. We had just been coming out of the Vietnam War. Civil rights was a big issue. I was working on civil rights at the time. It was not a good time, and this was something that was so hopeful,” she said. “So awe-inspiring. It was awesome. Awesome, capital AWE. It made fantasy reality. It was remarkable.”

Linda Koppelman, a resident of Center City, also remembered awe. She celebrated the occasion last weekend. “I went to the Franklin Institute and it was really bringing back memories. It was such an exciting time to be. Everybody remembers where they were at the time that happened.”

“I had just moved to New York,” she continued. “I got married on July 17. So I was driving back from New York with the radio cranked up on the car [saying] ‘Oh my gosh, should we pull over?’ We had to pull over because I wanted to hear this very exciting moment across the entire world.”

She shared some key takeaways from a commemorative seminar at the Franklin Institute.

“It was interesting to know that the power that we now have on our iPhones is probably about 20 times greater than the technology they had. I mean, people didn’t even have phones at that point. So it is pretty exciting to think about the technology that they had and how it was utilized and so forth.”

Sheldon Carter, 53, was too young to fully remember the Apollo 11 launch.

“I do remember the Columbia and the Challenger shuttles. Both times, I was in uniform when we lost the shuttles.”

The experiences shook him.

He retired from the Naval Reserves in 2012, after 28 years of service. Additionally, he worked as a financial manager with the Department of Justice in the federal prison system.

Carter, a resident of Wyncote, is an affiliate member of Jewish War Veterans Drizin-Weiss Post 215. While not Jewish himself, he felt inspired to join the post after witnessing the vandalism of Mount Carmel Cemetery in 2017.

A handful of Philadelphia Jews have contributed to space exploration.

Marsha Ivins grew up in Wallingford and graduated from what is now Strath Haven High School in 1969. Now retired, she spent more than 55 days in space as a member of five different space shuttle missions.

Penny Glackman, of Lower Merion, is a retired third-grade educator with high-flying credentials. A NASA-trained leader, Glackman served as an associate teacher at the NASA Ames Center in addition to her role at Merion Elementary School. She also contributed to the National Space Biomedical Research Institute Teacher Academy Project.

The space program has historically united Americans, Jewish or not, something Carter admires deeply. 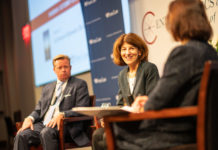 Journalist Speaks About Her Book on the Leon Klinghoffer Killing 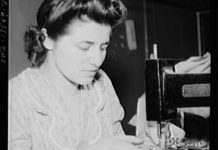 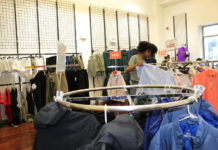 What We Remember About I. Goldberg