Young Jews, like young people everywhere, are spending increasing amounts of time online. It may seem unfathomable to anyone from an older generation, but U.S. teens go online an average of six hours daily — not including schoolwork.

That online focus includes social media, connecting with friends, following celebrities and influencers and consuming information. In the process, young people are figuring out things about themselves and the world in which they live.

And they are doing this primarily by watching videos: to help study for exams, to figure out something new with a “how-to” video or to research product reviews. Of course, they’re also spending a lot of time watching their favorite YouTube stars.

It seems logical that given how much time they spend online, young Jews would also be interested in watching videos about their Jewish identity. Except, there’s a void where Jewish-focused content should be. In fact, there is almost nothing online to attract young Jews looking for answers about themselves and their history.

Given the value the younger generation places on online resources, including for education, this reflects a serious lacuna for the Jewish community.

This gap is largely the result of the organized Jewish community having failed to develop effective digital media strategies. Consequently, a generation of young Jews thirsty for engagement is being ignored.

Something has to be done to address this. We need to create channels that connect with younger Jews.

That’s why, at Jerusalem U, we’re creating Jewish- and Israel-related content that younger people will watch.

In 2017, we made a strategic decision to expand from our primary focus on feature-length films to also include YouTube. We wanted to offer another portal of entry to our audiences, and began experimenting with YouTube videos as a way of meeting young people in more places where they hang out.

Our decision to focus on YouTube was obvious. It’s the second-largest search engine behind Google and receives over 1.9 billion users each month. Every day people worldwide watch over 1 billion hours of video. That’s more than 114,000 years of video — daily.

According to a 2018 Pew Report, about half of YouTube users use the platform to help them figure out things they have never done before. Always ready to make the most of an opportunity, YouTube has created YouTube EDU, a subsection of the site that provides access to more than 500,000 educational videos. Among the providers sharing content are Khan Academy (4.9 million subscribers) and CrashCourse (9.4 million subscribers). One of CrashCourse’s most popular videos is one about the Israeli-Palestinian conflict.

But where is all the Jewish and Israel content? Why aren’t more organizations sharing their take on Judaism, Jewish history, Israel, the U.S. and global Jewish experience, or countless other subjects?

With Unpacked, our rebranded YouTube channel, we’re redressing the balance.

Given that kids are watching and absorbing content on the go, with more than 70 percent of YouTube viewing coming from mobile devices, we offer easily digestible but fact-rich short videos covering modern Israeli history. We are launching several new series in 2020, including one about Jewish history. We will continue to execute our strategy of creating a robust online library of Jewish content.

It takes time to build a successful channel and that means it will also require patience from the philanthropic community. YouTube education channels have been burgeoning for years and the Jewish community has a lot of catching up to do to achieve the desired reach and impact. But the question is no longer if we should invest in YouTube, but how can we do it quickly to address the rapidly changing educational needs and interests of young Jews.

We believe we can capitalize on the greatest period in Jewish history, when every single Jew can access Jewish education without any barriers to entry. A Jew no longer needs to have the privilege of living in a vibrant Jewish community with Jewish infrastructure to learn and be connected to their heritage and history.

While YouTube can’t and shouldn’t replace classroom teachers, it is already democratizing education across the globe and can do the same for Jewish education.

Young Jews are already living and learning online. Let’s make sure we provide them something really worth watching.

Dina Rabhan is the CEO of Jerusalem U. 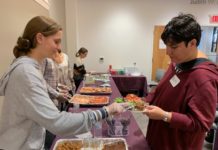 JFCS’ New Junior Board Lets Teens Get Involved With Governance 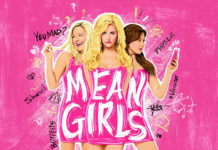 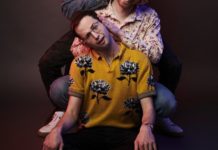