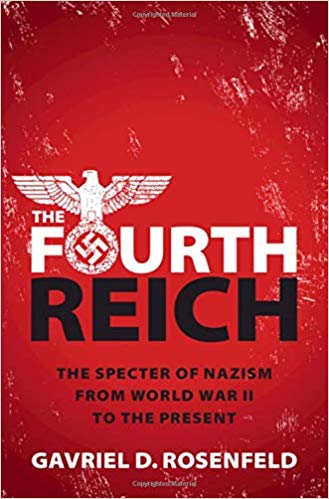 A History of Something That Never Happened

The Fourth Reich: The Specter of Nazism from World War II to the Present

Hearing the term “The Fourth Reich” might conjure up an image of a future fascist German state, brought to existence through political instability and rising anti-Semitism. Perhaps it’s not even Germany that comes to mind, but another country’s despotic future after taking a hard turn toward right-wing extremism.

In The Fourth Reich: The Specter of Nazism from World War II to the Present, Gavriel D. Rosenfeld traces the history of the term. He begins in the ’30s, when “Fourth Reich” was used neutrally to describe a more positive post-Nazi Germany. He continues on through the legitimate concerns over Nazi insurgency in the postwar period, the universalization of the term beginning in the ’60s and the renewed concerns over Germany in the ’80s and ’90s when the Soviet Union collapsed and reunification seemed imminent. He continues on through recent history, including criticisms that Germany was becoming a kind of economic Fourth Reich with the Great Recession, noting the usage of the term after Donald Trump’s election and demonstrating how the term was adopted in other contexts, such as by anti-Israel critics to attack the Jewish state.

Rosenfeld, a history professor at Fairfield University, specializes in the history and memory of Nazi Germany and the Holocaust. He is the author of numerous books and articles on the subject. For this book, he examines how “Fourth Reich” is used in a large body of media that includes newspapers (including the Jewish Exponent); books; films; and comics, such as a memorable reference to Captain America.

The book follows a dynamic period of nearly a century and touches on a variety of countries. In doing so, it speaks to issues that go beyond the facts of German history. At several points, for example, the book compares Nazi insurgency against the Allied occupation following World War II to insurgency against the more recent American occupation of Iraq. Rosenfeld never quite reaches a solid conclusion over why the former was more successful than the latter, but he mulls over different elements that may have helped, such as the fact that Germany was divided between several countries, and that its neighbors didn’t support the insurgency.

This brings readers to contemplate something they may not have spent too much time considering, and which has contemporary relevance: How can a country genuinely transform from a totalitarian regime into a democracy? Germany, in fact, not only made this transition — which may seem incredible in the light of present-day struggles to do so — it went from the most notorious dictatorship in history to one of the biggest leaders of the free world.

Nowadays, Rosenfeld notes, people tend to brush off the idea of the Fourth Reich and describe Germany’s turn to democracy as a “success story,” suggesting that it was perhaps inevitable. Some might counter that there’s not a lot of value in writing about the history of something that never happened. By following the term, Rosenfeld argues, we can see how a Fourth Reich could have come about through, for example, the electoral success of different far-right parties throughout history. That fear, he says, has kept the reality at bay.

But after reading The Fourth Reich, Germany’s success story seems far from inevitable. In fact, it seems like nothing short of miraculous. 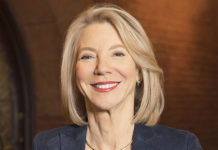 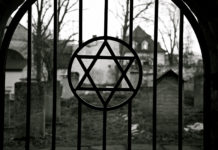 US and Germany Join in Holocaust Education Push