In Tevye the Dairyman, the Sholom Aleichem serial that inspired the musical Fiddler on the Roof, Tevye, the poor Jewish milkman, tries to scratch out a meager living and arrange for his daughters to marry learned, and preferably rich, young men. There’s only one problem: The world keeps changing. Tevye’s daughters abandon the matchmaker to marry for love, as the people of his town negotiate a tenuous relationship with their Russian neighbors. Tevye changes, too. When his youngest daughter, Bielke, finally marries for money, he learns that this does not necessarily ensure a happy ending.

In many ways, Tevye’s story mirrors that of the Jewish people over thousands of years. With each daughter, he encounters a new challenge to the old way of doing things. While it was the musical’s lyricists who later added the imagery of the fiddler on the roof, “trying to scratch out a pleasant, simple tune without breaking his neck,” Tevye’s life is about finding a balance between the tradition he knows and the ever-changing modern world. Only he’s not on a roof; he’s on a moving train.

In parshat Chukat, the Israelites, like Tevye, are faced with a new, but all-too-familiar, challenge: thirst. A shortage of water in the wilderness has led to mass kvetching on the part of the Israelites. They start talking about going back to Egypt, where there was at least some decent fruit.

Moses and Aaron go into the Tent of Meeting to await God’s instruction: “Take the rod and assemble the community, and before their very eyes order the rock to yield its water” (Num. 20:8).

But when the Israelites have assembled, Moses loses his temper. “Listen, you rebels, shall we get water for you out of this rock?” he yells as he strikes the rock. It produces water, as promised. But because Moses yelled at the people and struck the rock rather than assembling the people and speaking to the rock, God punishes him: “Because you did not trust Me enough to affirm My sanctity in the sight of the Israelite people, therefore you shall not lead this congregation into the land that I have given them” (Numbers 20:9-13).

We might ask what it was about Moses’ behavior that angered God so greatly: his loss of temper, his failure to comply with instructions or his lack of trust in God? But we might also ask, why was striking the rock considered a criminal offense, when it was perfectly acceptable in an earlier story?

Back in the book of Exodus, when the people are thirsty, God instructs Moses to take the rod, assemble the people and, “Strike the rock and water will issue from it, and the people will drink.” Moses does so, and the people drink (Exodus 17:6). Problem solved. Why would Moses be punished for following the same protocol at a later date?

Some suggest that Moses’ real mistake was assuming that what had worked in Exodus would work in Numbers. Perhaps Moses didn’t heed God’s instructions because he thought he already knew what to do from his past experience. Perhaps God was trying to teach us that, just like Tevye and his daughters, we must face each experience with new eyes, and be prepared to offer a different response.

Judaism has been a religion of reinvention from the outset. In every generation, sometimes several times in a generation, we had to find new ways to function in an ever-changing world. From the moment the Second Temple was destroyed, we faced a question that would haunt us, and drive us, throughout our long history: How do we carry our heritage into the next generation, when the circumstances of our lives have made our religious landscape unrecognizable?

Using the past traditions as a guide, the earliest rabbis imagined an entirely new Judaism, replacing the priesthood, animal sacrifices, and a centralized Temple with a portable religion based in prayer, righteous acts, and the study of Torah.

Time and again, through generations of interpretation and invention, we have rebuilt ourselves in response to new challenges from the outside world. We take our memories and lessons from the past with us, yes. But just as we have in previous generations, we need to face today’s challenges with fresh eyes, and seek out new ways of moving forward.

Take the Israelites. By the end of the portion, they are thirsty again. Once again, God commands Moses to assemble the people so that God can give them water (Num. 21:16). Only this time, the Israelites take some initiative. They don’t do what they’ve always done in similar situations. They don’t kvetch or whine or threaten to abandon the mission. They sing. And their song produces water in a way that their kvetching never could.

May we, like the Israelites, continue to discover new sources of sustenance and rejuvenation, as well as many new, more peaceful and more joyful ways of bringing that water up from the well.

Rabbi Leah R. Berkowitz is the spiritual leader of Congregation Kol Ami in Elkins Park and the co-president of the Women’s Rabbinic Network. She is the author of the children’s book The World Needs Beautiful Things and a contributor to The Sacred Calling: Four Decades of Women in the Rabbinate. The Board of Rabbis of Greater Philadelphia is proud to provide the Torah commentary for the Jewish Exponent. 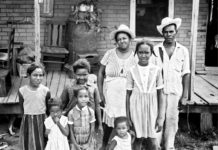