For nearly two years, a multifaith coalition of congregations, representatives of the School District, Narberth Community Food Bank, Ardmore Food Pantry, CHOP, Eldernet and others on the Main Line have been meeting to learn about food insecurity in our community, and try and find systemic ways to address this challenge. We have formed a new nonprofit to look at this and other issues in our community, Community Partners of Lower Merion and Narberth (lmncommunitypartners.org).

Here in Lower Merion some 10% of our students qualify for reduced or free lunch during the school year (that is some 900 students), and we estimate another 10% are just above the limit for qualifying. What happens to those families during school vacations and over the summer? In addition to supporting Box Lunch and a Book, this is the second summer we are sponsoring Lower Merion Summer Café, which is open to all who drop by. In addition, we provide some 100-plus weekend food bags for these families. We are grateful to Philabundance, which is providing lunches to both our Summer Café Program and Box Lunch and a Book.

We welcome all who are interested to join us and support us in this important work.

The only difference is with private sales — not a single shooting mentioned in the article used a long gun purchased via private individuals, and the shul shootings were committed by those who had legally obtained their firearms from licensed dealers — California has some of the most draconian gun laws in the country.

Criminals don’t obtain their firearms legally, so requiring a background check, which is already required, won’t change anything.

“Hava NaGrilla ‘Meats’ Expectations,” June 27, unfortunately failed to fully capture the flavor and features of the event: This was our third successful Hava NaGrilla Smoke Kosher Charity event, the largest kosher event of its kind in the country.

It was organized by the Men’s Club of Temple Beth Hillel-Beth El and initiated by our indefatigable member Stuart Gordon. Twenty cooking teams from around the country participated enthusiastically. Over 4,000 people attended, including many from the observant Jewish community and non-Jewish general community, with nine vendors serving kosher food (we also sold over 500 chairbroiled hot dogs), promoting community services, Zionism and charities; Chabad ran a tefillin table where dozens of men stopped by to wrap tefillin.

The entertainment included music and many children’s activities. We raised thousands of dollars for the two main charities: Jewish Relief Agency and homeless veterans. This doesn’t happen in a vacuum and takes many months of dedicated work to pull off, which we proudly did again. Always a great day when we can bring K’lal Yisrael, the community, together.

Maybe camps should provide coaching to their counselors on how to best present their counseling experience on a resume (“How Should You Define a Counselor’s Value?” July 4). I’ve been involved in hiring for entry-level marketing positions. I wouldn’t immediately discount camp counseling experience if I saw it on a resume, but I would want to see skills related to marketing work woven into the description of the person’s experience as a counselor. Or at least skills related to business/offices in general, like teamwork, leadership, managing difficult personalities, public speaking/presenting, etc.

The recent letters on the U.S. “concentration camps” ignore the critical difference between the Nazi camps and the U.S. detention centers: People are literally risking their own lives and the lives of their children for the opportunity to get into the U.S. camps. Until U.S. immigration laws are universally enforced, children will be trafficked and die because many U.S. cities and some judges and law enforcement officials and many members of Congress are actively encouraging this behavior.

If an illiterate, skill-less adult wants to find a better paying job in the U.S. than in his native Central American, South American or African country, a minor is his ticket to prosperity. The deaths will continue until asylum laws are addressed and enforced. 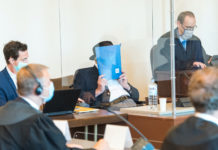 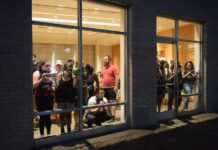 St. Louis Couple Who Aimed Guns at BLM Protesters Had run-ins With Synagogue 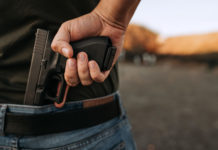