It’s the only synagogue in Selma, Alabama, the Jewish Telegraphic Agency reports, and now 120-year-old Temple Mishkan Israel is in danger of closing altogether.

That wouldn’t be a huge change for the congregation of four people, as the temple hasn’t had a rabbi or regular services in many years. But congregation members have initiated a GoFundMe for renovations of the historic building — a singular site in the city where Rabbi Abraham Joshua Heschel famously marched with the Rev. Martin Luther King Jr. in 1965. The congregation hopes to turn the synagogue into a museum of Southern Jewish history.

Amy Milligan, a Jewish studies professor at Old Dominion University, told JTA: “Temple Mishkan Israel is one of those stories that’s so easy for people in the United States to overlook. It’s a story about an early community of Jews that continues to survive in 2019.”

So far, the GoFundMe campaign, which was started by Milligan, has raised a bit more than $6,500.

Thousands Pay Tribute to the Rebbe

Across the world this week, people came together or set out on pilgrimages to honor the 25th anniversary of the death of Rabbi Menachem M. Schneerson, better known as the Lubavitcher Rebbe, who is responsible for the tremendous worldwide growth of the Chabad-Lubavitch Chasidic movement in the last half-century.

More than 50,000 visitors were being prepared for at the Ohel, as the Rebbe’s burial site is known, in Queens, New York, according to Chabad.org, but events also took place in dozens of cities, from Ventura County, California, to Sydney, Australia.

Tributes to Schneerson poured out online as well. In Britain, JTA reported, Chief Rabbi Ephraim Mirvis eulogized Schneerson as “one of the great rebuilders of Jewish life after the tragedy of the Shoah,” whose “teachings and insights remain as fresh and relevant today as they have ever been.”

Israel’s Prime Minister Benjamin Netanyahu wrote on Twitter that Schneerson “changed the world and influenced me a lot. I’ll always remember him.”

California State Assemblyman Tyler Diep has apologized for a campaign ad he ran last year that depicted his opponent, Josh Lowenthal, clutching a wad of bills.

“I want to take this opportunity to publicly share my sincere apology to anyone in the Jewish community who was offended by my campaign during the 2018 election,” Diep said in an emailed statement last week, according to the Los Angeles Times. “There is no place for anti-Semitism in our society, and while my campaign had no intention of doing so, we failed to recognize the sensitivity of the problem.”

He made the statement after a meeting with faith leaders last week, including Rabbi Stephen Einstein of Temple B’Nai Tzedek, who told the L.A. Times, “Diep expressed to us his intention was not to be hurtful. He understands more why some of these things were felt deeply, and I think he has definitely learned from this.”

Mad Magazine Will No Longer Be on Newsstands

The satirical Mad magazine will no longer appear regularly on newsstands after August. It will be available to subscribers and in comic book and specialty stores, the website Gizmodo reported.

The magazine was founded by cartoonist Harvey Kurtzman and publisher William Gaines, both Jewish, in 1952, and went on to feature a plethora of Jewish talent, as The Jerusalem Post noted, including cartoonist Al Jaffee, Al Feldstein, Mort Drucker, Dave Berg, Larry Siegel and Lou Silverstone.

Jaffee was once asked by The Forward’s Leah Garrett to explain the magazine’s reliance on Jewish humor. He said that for a certain generation of magazine contributors, Yiddish was “an inherently funny language that their parents would use to tell secrets and swear.” 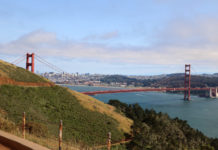 San Francisco: A Crossroads of Culture 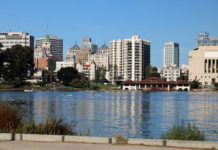 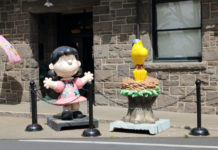