The world of Jewish podcasts is growing and gaining national audiences, commonly exploring how Jews can redesign or reconnect to American Jewish life through new media.

Traditional Jewish podcasts, generally in the form of a religious service or a linear interview, are still popular, but newer podcasts, including a podcast the Jewish Federation of Greater Philadelphia started last year, are increasingly interactive and educational, following the format of a talk show or a dialogue with listeners.

The most popular Jewish podcasts explore topics related to the future of Judaism across religious, cultural and political contexts.

For example, “Judaism Unbound,” a weekly podcast started in 2016 by the Institute for the Next Jewish Future, explores philosophical and practical elements of Judaism, and why people may, or may not, be connecting to Judaism.

“Our podcast creates a dialogue to expose listeners to new ways to connect Jewishly,” said Daniel Libenson, founder and president of the Institute for the Next Jewish Future. Libenson and Lex Rofeberg co-host the 45-minute podcast that reaches listeners of all ages, with about 10,000 downloads per week.

“The podcast featured a series of episodes about God, and how many Jews do not connect with the image of God that most American synagogues are built around,” Libenson said. “Our guest, Rabbi Art Greenberg [from Hebrew College in Boston], discussed God, not as a being listening to prayers, but as some version of the totality of everything.”

Libenson said that the traditional model of institutional Judaism has been alienating to many American Jews, but new media such as podcasts, virtual synagogues and online rabbinical schools are changing the way many people participate.

“The Adventures in Jewish Studies” podcast was launched in 2018 by the Association for Jewish Studies, whose mission is to advance Jewish studies at institutions of higher learning and among the public.

Podcast episodes explore topics from the contemporary to the ancient, through the voices of AJS members. Recent topics included the “Origins of the Jews,” turning to the fields of history, archaeology, linguistics and genetics to explore the mystery of Judaism’s roots.

The “Frankely Judaic” podcast shares some of the newest research being conducted at the University of Michigan in Judaic studies, such as the recent show “Justice and Mercy Revisited: A Religious and Legal History of Judicial Impartiality.”

Many local podcasts, produced by synagogues and Jewish institutions, also are gaining momentum.

The “Jewish Philly” podcast is taking the Jewish Federation of Greater Philadelphia in a new direction, making personal interviews with prominent Jews accessible.

Launched about a year ago, the monthly podcast features discussions with Jewish movers and shakers from the Philadelphia area.

“We have a few hundred loyal listeners, and some guests push that number into the thousands,” said podcast creator Laura Frank, director of public relations at Jewish Federation.

Frank and her co-host, Sabrina Rubin Erdely, recently interviewed one of Philadelphia’s best-known authors, Jennifer Weiner, about her new book, Mrs. Everything, and why it is important for her to write Jewish characters. Weiner discussed how anti-Semitism has affected her career, after the author received a significant number of death threats via social media that were anti-Semitic in nature.

“The podcast is a new way for people to connect with their Judaism and their Philly identity,” Frank said.

Frank, 31, said the Jewish Philly podcast is modeled after a podcast created by the Jewish Federation of Greater Los Angeles, and similar podcasts are cropping up across the country.

“The ‘Jewish Philly’ podcast has become a tremendously popular asset for our Jewish Federation, and the guests who have come on the show have all been incredible,” Jewish Federation CEO Naomi Adler said.

The podcast has helped politicians open up about their personal Jewish experiences and connections to the community. Pennsylvania Attorney General Josh Shapiro told listeners the story about meeting his wife in Hebrew school and proposing to her in Israel.

The Jewish Federation podcast is designed, in part, to generate a dialogue and provide community resources.

“While many have tried to assert that domestic violence doesn’t exist within Jewish families, this is simply not the case,” said Kobrin, who participated in the Women of Vision Pane, hosted by Jewish Federation last year, to raise awareness about domestic violence. 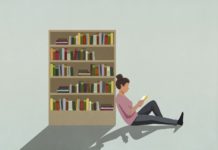 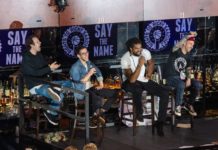 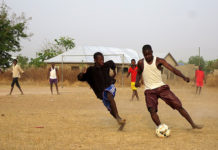