Rory Gulak had no desire to step inside a wooden coffin filled with barbed wire that was set aflame, but when he was a hardcore wrestler, it was just another day on the job.

Life as a professional wrestler can be both a thrilling and dangerous one. The art is a mixture of being both a stage actor and an athlete. Fans line up to watch muscular titans clash in a performance full of theatrics.

It’s this world of death-defying stunts and costumed characters that attracted him to the industry. Both Rory Gulak, 29, and his brother Drew, 32, got their start performing in the independent circuit in Philadelphia in matches that weren’t so family friendly. Today, the two members of the Jewish community participate in much more toned-down matches and have made a career for themselves in the world of professional wrestling.

Growing up, the boys were huge fans of WWE Raw (also known as Monday Night Raw), a weekly professional wrestling television program staged by World Wrestling Entertainment. When not attending school or services at Congregation Beth Or, the two watched the action unfold on their living room screen.

“We’d watch Raw religiously,” Rory Gulak said. “The athleticism, the stories, the drama. You go to the movies, you want to watch a good story and follow that, and there you’re watching a live action story unfold in professional wrestling.”

In sixth grade, Drew Gulak discovered his biology teacher was a fellow wrestling fan. Soon, the teacher took the brothers to see their first live match. But this wasn’t the family-friendly wrestling they’d watch on TV: This was Combat Zone Wrestling, a much more brutal version of the sport. Rory Gulak said it was common to see matches involving glass, barbed wire, fire and thumbtacks. It was a good thing their mother had no idea about the violence, otherwise he said they wouldn’t had been allowed to go.

The two kept on attending shows and made a name for themselves as super fans. One of the wrestlers Rory Gulak idealized was Matthew Burns, known by his stage name, “Sick” Nick Mondo. The boy would dress up as his hero and was dubbed by the crowd as “Little Mondo.” As kids, Rory said they were able to get away with a lot more stuff than their fellow adult fans. There was one incident where the young boy ended up lowering his trousers to flash his behind at wrestler Nick Gage. Gulak said the gesture was to insinuate Gage should kiss him where the sun don’t shine.

“What was really cool about the wrestling was that you could say whatever you want,” he said. “I was yelling ‘you suck,’ much more explicit things than I should have been saying at the time [as] I was 11 or 12 years old, but I thought it would be kind of funny, don’t know why, but I mooned him. And the whole place got riled up.”

In the summer, the brothers would arrive at the ring early to help set up the chairs. One day, the two were invited to train with the wrestlers at CZW’s school when Rory Gulak was in eighth grade and Drew Gulak was a high school junior.

Rory recalled the training being brutal, but their time on the wrestling team at Northeast High School gave them an edge. It was then the two realized just how dangerous wrestling can be, discovering that the ring isn’t a trampoline or a mattress, but metal beams covered with plywood. It was here they learned to perform these daredevil stunts with as much care and respect as possible. While there’s the potential to get seriously hurt in professional wrestling, Rory Gulak said he’s been lucky so far.

“I’ve had stitches here and there and a few hospital visits, [but] nothing ever major. I’ve been fortunate,” he said. “I’ve seen people get hurt on the most simplest of things, [and] I’ve done the most craziest stuff you can imagine and walked away unscathed. So you’re rolling the dice every time you walk in there, and you’re trusting that the person you’re in the ring with is as professional as you are. You’re out there to entertain the crowd, and you want to have the best possible outcome without getting injured. Every time you’re getting in there, you just hope you walk out the way you walked in.”

At 18, Rory Gulak had his debut professional match in the independent circuit against his brother, who started wrestling three years prior. He said it was a good match, one where he felt comfortable going up against his brother. Even so, there was no holding back, with Rory Gulak throwing a chair at his brother’s head. It was quite a moment for the two, having transitioned from fans to participating in the sport they loved.

The brothers continued to perform with various local companies as independent contractors. In 2016, Drew Gulak signed with the WWE.

Nicknamed “the Philadelphia Stretcher,” he won the WWE cruiserweight championship title in a match on June 23. He‘s now expected to defend his title for the first time at WWE’s annual Extreme Rules on July 14, held at the Wells Fargo Center in Philadelphia. While Drew Gulak was unavailable to comment for the story, Rory Gulak said he was proud of his brother’s accomplishment.

“He’s worked hard every day that I’ve known him. I couldn’t be prouder,” Rory Gulak said. “He’s not only a champion, but he’s a deserving champion. He holds the title with pride.”

In the world of wrestling, being Jewish has been something the two brothers haven’t had to hide.

In 2017, a video was posted on WWE’s YouTube page of Drew Gulak showing other wrestlers how to play dreidel in honor of Chanukah. In Rory Gulak’s experience, he said pro wrestling has been accepting of people of all faiths and backgrounds. He believes Judaism and mentors like Rabbi Gregory Marx have helped shape him into the man he is today.

“We’ve never felt like we’ve had to hide Judaism in wrestling. Never felt like that was something frowned upon or anything. Pro wrestling is very open arms to everyone,” Rory said. “I think my faith and growing up, it helped me. You live through your Bar Mitzvah and become a man. Having that background [in] faith has always helped me with wrestling.”

Rory Gulak hopes to one day be brought on to perform for the WWE alongside his brother. In the meantime, this summer he’ll be traveling to Israel to perform with the Israeli Pro Wrestling Association, something his brother did in 2010. He plans to keep training and earn his claim to fame just like his older brother.

“Just because your brother’s the cruiserweight champion doesn’t mean you get to walk through the door. I have to earn that spot as well,” he said. 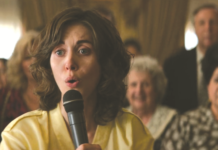