The Jewish Farm School announced that it will closing this fall to coincide with the departure of founder and Executive Director Nati KatzPassow.

“There are many factors that went into this decision, and it was not an easy one to make. The wider Jewish Community Farming (JCF) field is rapidly growing and thriving, employing a range of models and scales to connect the Jewish community with the agricultural and ecological roots of our traditions,” the school wrote on its Facebook page.

“As one of the leaders in the field, we want to support this success and continued growth. With this in mind, we are taking the next four months to complete an organizational capstone project that will ensure the continued use of our strong and unique curricula and program resources.”

The school in West Philadelphia was founded in 2005 “to develop educational programming that would foster opportunities for Jews to reconnect with the processes of working the land and growing food,” according to the organization’s website.

The school said it has run more than 50 different programs since 2006 that involved more than 7,500 participants.

“This has been a bittersweet decision for me and the board,” KatzPassow wrote on his Facebook page. “I don’t know what I’ll be doing yet (which in and of itself is an exciting change of pace!) and am open to all sorts of possibilities.”

Leonard Finkelstein, a former president and CEO of the Philadelphia College of Osteopathic Medicine, died June 25, according to PCOM. He was 85.

Finkelstein earned a doctor of osteopathic medicine degree and a master’s degree in urologic surgery from PCOM, starting an association there that lasted until his death.

He joined the PCOM faculty in 1963 and was named chairman of the Division of Urology a decade later.

In 1990 he was named president and CEO and served in those positions for a decade. During his tenure, he enhanced the curriculum, expanded the graduate medical education program and completed a master facilities plan.

Finkelstein retired as professor of urologic surgery and urology chairman in 2014 and was named a professor emeritus a year later. He remained PCOM’s chancellor until his death.

Finkelstein is survived by his wife, Marylyn; his three children and their spouses: Larry N. Finkelstein, Lisa J. Finkelstein and Robert P. Finkelstein; and his grandchildren.

Digital Editor Selah Maya Zighelboim received a first-place award from the Society of Professional Journalists 2019 Spotlight Contest of the Keystone State Professional Contest in the spot news category for her story “Community Unites Following Power Outages.” The March 2018 story chronicled the days following a nor’easter that battered the region.

In the American Jewish Press Association’s Simon Rockower Awards, Needelman placed first again with the profile of Sinakin in the Writing About Sports category. 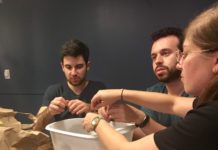 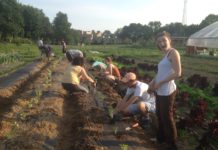