While it’s a bit uncommon for the members of the Wynnewood congregation to volunteer with Christian-run programs, Snyder set out to encourage his fellow members to do just that after being inspired by Rabbi Neil S. Cooper. Now, members of the synagogue’s men’s club will help raise money and make lunches for school kids in need this summer.

“We have to do this,” Snyder said about the collaboration. “One of the congregants told me it’s about time we’ve reached out to another group, and it’s a lovely thing when we can do things together.”

Snyder is no stranger to volunteering. Nicknamed “the Sage,” the 84-year-old real estate appraiser met Rev. James A. Pollard Sr. of Zion Baptist Church of Ardmore and his wife, Virginia, through his community work. One day, the three had a conversation that spurred Snyder to action.

“They told me something that was hard to understand,” Snyder said. “Because here we are living in the most affluent township in the country, and there’s 800 school-aged kids on the lunch program because they’re living [in] poverty. So the church started serving them lunch in the summertime because the free lunch they were getting in the school year stops.”

Zion Baptist started the “Box Lunch and a Book” program in 2015. Spearheaded by church member June Coleman, the program distributes nutritious meals and books to K-12 students for free while providing them a place to read during summer break. On occasion, volunteers will take the children on field trips to places like the Franklin Institute or a local aquarium. Virginia Pollard said the program hands out an average of 2,000 meals each summer.

“There’s so many of our young people on the Main Line,” she said. ”And most people don’t seem to realize that we have lots of children who are not eating properly just because their parents can’t afford to pay rent and to get good nutritious meals at the same time.”

Snyder began to spread word of the program at the synagogue, which he was encouraged to do after attending a sermon last fall. It was right after the murder of 11 people in Pittsburgh at the Tree of Life*Or L’Simcha building that Cooper urged the congregation to reach out to those of different faiths to create unity in opposition to hate.

Snyder and about 10 others have taken these words to heart by planning to participate in the Box Lunch and a Book program. They’ve also raised $3,000, with Snyder’s goal to raise $5,000 toward the program’s $15,000 annual cost.

“Ed Snyder is a guy who, when he gets an idea in his head, no force on earth can stop him. He is very determined and very committed when he gets involved with something, and this was something that resonated with him,” Cooper said. “It has not been the norm, and we’re trying to change that. We’re trying to create more interaction, more familiarity so this idea of being together as a community has some meaning.”

Volunteers with “Box Lunch and a Book” will prepare lunches for children and read to them throughout the summer at Zion Baptist Church, Saints Memorial Baptist Church in Bryn Mawr and Memorial Church of God in Christ in Haverford. For more information, contact the program at [email protected]

“We have to work together,” Snyder said. “We can reach out to the whole community at large.” 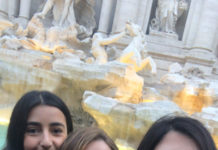