After days of gloomy rain-soaked weather, Saturday, June 22 dawned literally as a breath of fresh air — the perfect summer day with low humidity, a nice breeze and plenty of sunshine.

The beautiful day seemed to rub off on congregation members at Temple Beth Hillel-Beth El in Wynnewood, who smiled and greeted each with “good morning” and “Shabbat shalom” as they trickled in for 9:30 a.m. Shabbat services.

In the parking lot outside, numerous gleaming meat smokers stood at the ready, a sign of the advance preparations for the following day’s Hava NaGrilla, already a major community event in just its third year.

For some, the trip to the synagogue was routine and low-key. For others, it was a little bit more special. Rob Kitchenoff planned to mark his 60th birthday by reading the Haftarah portion he recited during his Bar Mitzvah; a couple of childhood friends were there to mark the occasion.

Shabbat services began, with about 55 mostly older congregants making themselves comfortable in the spacious sanctuary, donning striking tallit and even more colorful yarmulkes. The strong voice of Cantor Eugene Rosner, who led the service in the absence of Rabbi Neil S. Cooper, commanded the audience.

But at 10:12 a.m., Rosner suddenly had the sanctuary doors locked and instructed the worshippers to gather near two exits on the far side of the room. The congregants moved quickly and without panicking, then waited for further instructions at the doors.

Five minutes later, the all-clear was sounded, the doors were unlocked and everyone returned to their seats.

Had Temple Beth Hillel-Beth El narrowly missed becoming the next Tree of Life*Or L’Simcha, where 11 were killed and several others were injured in October? Was it just a false alarm? Or did police manage to intercept a would-be murderer?

It turns out that what happened was a drill — which congregants knew about in advance — but the fact that we even need to prepare ourselves for such a possibility (and that the drill didn’t seem to bother anyone) is a sad commentary about our society today. And considering there was at least one former Tree of Life member there that morning, as well as former Pittsburgh residents, a degree of retraumatization likely occurred for some.

The drill also made it clear that no matter how prepared you are, there’s never going to be absolute safety.

For example, as we waited by the exits, someone near me pointed out that we were standing by windows and could be an easy target for a gunman outside. Someone else noted that a shooter could anticipate where the exits were and be lying in wait.

That was OK, according to Ken Krivitsky, the synagogue’s executive director, who addressed the congregants afterward. He astutely noted that the purpose of a drill isn’t to define your successes, but to determine where you can get better. And you can always get better.

The larger question, though, is how much value there is in any drill?

If someone wants to get guns, they aren’t hard to find. And if someone wants to attack a school, synagogue, office building, stadium or anything else, it apparently isn’t too difficult either, if recent history is any indication.

In addition, people are going to act differently in a drill they’re anticipating than when someone actually opens fire, setting off panic, fear and other emotions that may cloud judgment.

That said, the drills (and overall awareness) must go on. This isn’t the 1950s, where children were told to cover their heads and hide under their desks in the event of a Soviet nuclear attack.

The drills today may not be perfect, but if they save even one life, it’s worth it.

The widely cited idiom “freedom isn’t free” is never more accurate than it is today. Just like metal detectors at airports, drills have become an accepted and necessary part of life. 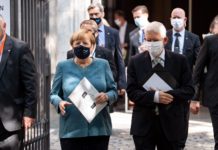 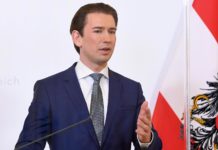