There’s a case to be made that barbecue — dripping, saucy fare eaten with your hands — is the great American food, transforming us all into chin-dabbers and little machines that go “mmm!” with each bite.

It seemed appropriate, then, that to get to the 2019 edition of Hava NaGrilla from the Stern Center in Wynnewood, we were packed onto that great American vehicle, the yellow school bus. And as we waited to board said American vehicle, we waited for the first of many security guards we would encounter that day to load a walker through the narrow front doors, only to give up and bring it to the back hatch. We on the bus are just a few dozen of the couple thousand attendees that will attend the festival throughout the day.

A predecessor to Hava NaGrilla in 2009 was a project of Golden Slipper. Back then, it was at Willow Grove Day Camp, and a decidedly smaller affair, but the general concept was the same: high-quality kosher barbecue for attendees, and a panel of judges picking at the best barbecued chicken, beef and other dead kosher animals that competitors have to offer.

Those present at the original may remember my brother, then an extinction-level threat to any kosher beast, downing 36 Tastykakes in 10 minutes in a Tastykake-eating competition, for which he won a medal. In the decade since, he has not consumed a single Tastykake and has become a vegetarian. Whether those events are connected is up for interpretation.

This year’s Hava NaGrilla is the same in the important ways, with some interesting variations. No longer are the judges simple chewers, no more attuned to the intricacies of good barbecue than you or me. Now, our BBQ betters are registered members of the Kansas City Barbecue Society, which claims the mantle of the official sanctioning body of competitive barbecue. Membership is $35, and includes a subscription to their magazine, The Bullsheet, among other goodies; to become a judge, all you have to do is attend judging classes (discounted for members).

“KCBS judges are trained in a manner that allows them to appropriately judge ALL types of barbeque,” according to the literature, “from St. Louis and Texas styles to Memphis and Carolina styles.”

As we rolled into the parking lot at Temple Beth Hillel-Beth El, we are informed that a $10 donation to the JRA and a homeless veterans organization will get you an official Hava NaGrilla hat. As a non-hat wearer (head: too big), I can’t judge the headwear, but I will say that the Hava NaGrilla T-shirts available for purchase were excellent, if your idea of excellent is a tie-dye T-shirt with a big smiling cow on the back.

Entering the grounds, there is a large L-shaped collection of white 10-by-10 tents to the right, where the competitors have been for hours (some of them since midnight the night before), smoking their meats and sipping from red cups. Many of the team names are puns — Roast Chodesh is my favorite, and I see someone wearing a “Meatzva Girl” T-shirt — and I wonder if there is a correlation between creativity of the name and quality of the meat. This question is answered for me by Wandering Que, small dataset be damned. (I’d be remiss if I didn’t report the overall winners of the day: Peep’s Pit, an outfit from South Florida). 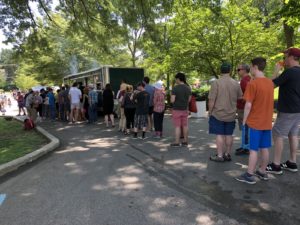 A long line for Wandering Que had formed within minutes of the event’s opening, and we humble line-dwellers sweltered in one of the lot’s uncovered areas. We shuffled slowly toward the meat men, and I made the decision to go a little off the beaten path: a half-rack of lamb ribs, for my first meat of the day. “VERY FATTY,” the menu read. The fools thought that was a warning.

Cut to me 20 minutes later feeling like I may never eat again. The lamb ribs were indeed very fatty and, paired with a drink from the “beer garden” (a single tent with one type of beer), I am meat-drunk. The meat itself, however: ridiculously good. The cornbread was a little crumbly for my liking, but I couldn’t argue with the taste.

I do need another drink at this point before I get to meat No. 2, so I wander over to the Stateside Vodka stand. I have to believe that someone at Stateside was familiar with some Jewish words, if not with their meanings, and probably meant well, too. This is the only explanation for a drink called the “Moscow Mohel,” which is presumably a Moscow Mule with a bit taken off the top. The bartender, furtively Juuling as I approach, nearly drops it when he notices me at the counter, but who I am to judge? And anyway, the drink is delicious, if circumcised.

The Moscow Mohel gets me through the line at Jake’s, another barbecue stand, where I find myself eyeing the brisket sandwich. Truthfully? Not a great bread/meat ratio, and a little cold — people around me were talking about their cold food as well. Still, what meat was on there was excellent — crispy around the edges.

It is at this point that I begin to wander the grounds in a flesh consumption haze, taking stock of the bull-riding machine and miniature cars for kids to ride and bump around in, among other kids’ entertainment. There are two watermelon-eating competitions, child and 18+, that are a sight to behold. Losers nibbled; winners came up from the melons looking like hyenas face-deep in a felled zebra.

Someone asks me if I want to help judge the chili competition, and the revulsion I feel toward this question — physical, spiritual, intellectual — signals to me that it may be time to hit the road. The power of the pull toward my bed could sustain a small island nation.

On the ride back to the Stern Center, no more than 10 minutes, I am truly brought back to the days when I actually rode a school bus home: I fall asleep, hard. 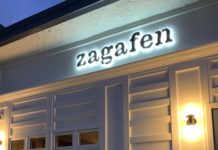 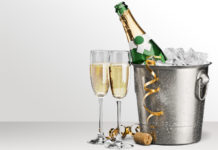 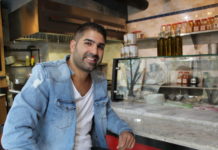