Divorces increased 5% in Israel in 2018, according to data from the nation’s Chief Rabbinate, but statistics varied sharply by city, JNS.org reported.

There were 11,145 couples divorcing in Jewish religious courts in 2018, compared to 10,661 a year earlier. That data doesn’t include civil marriages conducted abroad or divorces involving non-Jews — it only counts Jewish citizens married by state-sanctioned rabbis.

While the divorce rate fell 7% in Jerusalem, it rose by 16% in Tel Aviv. And in the Orthodox city of Beitar Illit in Judea, divorce fell by 49%, but it rose 86% in Gedera.

Other data showed that 149 women were issued papers allowing them to remarry when their husbands disappeared after refusing them divorces. In addition, the rabbinate issued 117 bank, driving and travel restrictions to men and 39 to women who refused to grant their spouse a divorce.

The company said in a statement that the center will be a hub for its global research and advanced engineering team. It also will support automotive and mobility ventures through scouting technologies and startup companies pertaining to sensors, connectivity, in-vehicle monitoring, automated-systems research and cybersecurity.

Ford Executive Chairman Bill Ford — whose great-grandfather was founder Henry Ford, a purveyor of anti-Semitic journalism — was present at the ceremony.

“This new center is not only an expansion of our existing research and innovation centers, but provides an opportunity to join a growing innovation community in Israel,” he said.

Ford invested $12.5 million in 2018 to its subsidiary, SAIPS AC Ltd., with a goal of creating a decision-making structure for autonomous vehicles.

Reuters said climbing electricity poles is a relatively common stunt in Israel — a practice the electricity company wants to prevent.

“You are responsible for the personal safety of your consumers,” Israel Electricity said in a letter to Epic Games. “We therefore ask you to take action to remove dangerous content that encourages life-risking situations related to the use of electricity.”

The U.S. Embassy in Jerusalem’s official Twitter account published a photo of the display. “The U.S. Embassy Branch Office in Tel Aviv is ready for the PRIDE parade tomorrow!” the tweet said.

Before the start of Pride Month, U.S. embassies in Israel, Germany, Brazil and Latvia reported they were explicitly denied permission to fly the flag. 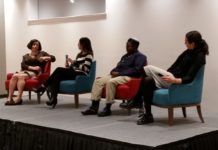 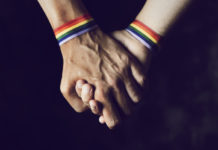 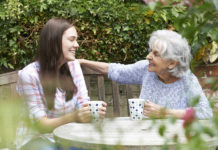