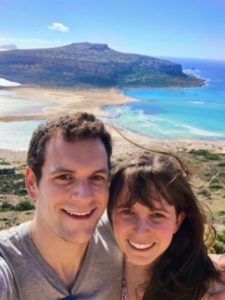 Nancy and Malcolm Thaler of New York City, and Penelope Moore of Boston and David Whitlock of Boston, announce the engagement of their children, Alison Ilana Thaler and Benjamin Mathias Whitlock.

Ali graduated from Amherst College with a bachelor’s degree in English and Neuroscience, and received her MD from the Icahn School of Medicine at Mount Sinai Hospital. She is now in her final year of Neurology Residency at Mount Sinai, and will start a Vascular Neurology fellowship at NYU next summer. Ben graduated from Brandeis University with a combined bachelor’s/master’s degree in Biochemistry, and received his PhD from Weill Cornell Medicine studying immunology at Memorial Sloan Kettering. He currently works as a scientist at Takeda Pharmaceuticals in Boston.