Philadelphia’s homicide rate has risen since the start of 2019, surging ever higher over the last few months, according to the Philadelphia Police Department and trauma units at local hospitals.

There were 140 homicides at the start of June, up 9% from last year, Philadelphia police reported. Of those killings, a gun was used in nearly 90%.

Amy Goldberg, surgeon-in-chief at Temple University Hospital, is treating the flood of victims. Goldberg, who is Jewish, describes the surge in shootings as a public health crisis. Penetrating trauma, gunshot or stab wounds, account for about 30% of Temple’s trauma cases, up from 20% a few years ago, she said.

As a surgeon, Goldberg said that she is inspired by the German theologian and Lutheran pastor Martin Niemöller, best known for his opposition to the Nazi regime and his well-known poem “First they came …”

“I strongly believe that we are all responsible for one another, and that we need to advocate and care for each other,” Goldberg said.

Temple Hospital has one of eight trauma centers in the city.

“We are seeing an increase in shooting victims, and right now we are having a problem with gun-related violence that is trending upward,” Deputy Police Commissioner Joseph Sullivan said.

In 2018 and 2019, the two main drivers of homicides in Philadelphia were arguments and drugs, compounded by poverty, Sullivan said.

“Arguments vary from road rage incidents to bumping into someone and, in many instances, small disputes result in gunfire,” he said.

Illegal firearms are an issue. Many residents say that guns are more readily available on the black market than they were a year or two ago, for cheaper prices, and are often purchased by prior offenders who cannot buy a gun legally.

“Our arrests of people carrying illegal guns is up 33% from last year,” Sullivan said. “We have pulled over 700 guns off the street so far in 2019, and many of them were taken from already convicted felons.”

Many of the guns used in violent offenses are stolen, which has police calling for more responsible gun ownership.

Gun violence is concentrated in the 22nd, 24th and 25th districts, and in parts of Northwest, Southwest and West Philadelphia, Sullivan said.

Temple Hospital’s trauma team is vital to reducing the devastating effects of violence in the 25th District, where the hospital is located — an area largely isolated from Center City’s economic boom.

“If you are just making ends meet, and then you get shot, many people can’t shoulder the costs and lose their homes,” said Zoe Maher, a trauma surgeon at Temple Hospital.

Temple starts the process bedside, with a trauma counselor to assist in connecting victims with services to help them receive financial assistance for their recovery, such as lost wages and medical expenses. Most patients treated for gunshot wounds at Temple are 18 to 30 years old.

The hospital has also seen an increase in the number of female shooting victims over the past year to 18 months, said Jill Volgraf, director of Trauma & Burn Clinical Operations at Temple Hospital.

“May to September has historically been when we treat a larger number of shooting victims than the rest of the year, which makes the 184 number fairly high for this time of year,” Volgraf said.

“Only 5% of people shot in our city are non-Hispanic white people,” said Jessica Beard, a Temple trauma surgeon. “There is a disparity and it’s by race, and it’s because of structural violence.”

Research has been done in Philadelphia to connect historic redlining to the places where firearm injuries happen today, said Beard, specifically in North Philadelphia. Disinvestment in public schools and mass incarnation are also forms of structural violence affecting the area, said Beard.

Pikuach nefesh, meaning saving a life, describes the principle in Jewish law that the preservation of human life overrides virtually any other religious consideration.

“Our Jewish tradition teaches the importance of protecting lives and ensuring we take every action to minimize the potential threat to human lives,” said Rabbi Peter Rigler of Temple Sholom in Broomall. “We as a community are called upon to be amongst those who ask how we can do more to create a safe and equitable system.”

Charles Gallagher, chair of the Department of Sociology and Criminal Justice at La Salle University, was also able to shed some light on the etiology of gun violence in the city, connecting it to Philadelphia’s endemic poverty (more than a quarter of the city’s population lives below the poverty line).

“The jobs available are minimum wage, or to do the hustle, and that hustle is dealing,” Gallagher said. “People in the deep suburbs are not dealing with gun violence. For them, it unfolds on television, which reflects the deep racial and economic divisions in our country.”

Marwan Muhammad, 35, from Northeast Philadelphia, was shot in the stomach while making food deliveries for a restaurant in West Oak Lane this year.

“A man exited the restaurant, put a gun to my stomach, demanded money, and then shot me,” Muhammad said. The bullet missed his major organs, and he recovered in three months, but Muhammad suffers from PTSD and now carries a firearm. “My family escaped the violence of the West Bank to come to America, but we are still afraid of the violence here.”

Police are implementing several initiatives to try and control the violence, such as deploying an increased number of officers to the streets, Sullivan said.

The department is deploying community resource officers to increase cooperation and trust between police and the community, said Sullivan, although they face significant challenges, including the recent release of results from the the Plain View Project, which revealed racist and intolerant Facebook messages posted by Philadelphia Police officers. The department has removed some of the officers from duty as they investigate the content.

In January, Mayor Jim Kenney released an initiative intended to address the city’s gun violence. Titled “A Roadmap to a Safer Philadelphia,” the report outlined many potential solutions. 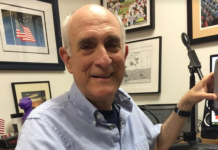 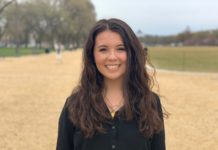