At the American Jewish Committee Global Forum on June 3, three members of Congress announced the formation of a bipartisan Black Jewish Caucus.

The caucus is designed to bring together politicians from both communities — and both parties — to “learn from each other and advocate for joint concerns,” according to a news release.

“The African American and Jewish communities have a history of standing together for the promotion of social justice and civil rights. There are very few segments of America that have invested themselves in these struggles as much as these communities,” said U.S. Rep. Brenda Lawrence (D-MI), one of five caucus founders.

“The Jewish tradition teaches that it is incumbent upon us to speak out and act against injustice. African American and Jewish communities have a long, shared history of confronting discrimination and racism in the United States, and the rise of white supremacy threatens both of our communities,” Wasserman Schultz said.

While Patricia Gottlieb suffered from dementia and couldn’t care for herself, her daughter allegedly drained her bank accounts and deprived her of medical care, the Delaware County District Attorney’s office said.

Ellyn Gottlieb faces charges of neglect of a care-dependent person, aggravated assault, involuntary manslaughter, theft by unlawful taking and theft by deception. She was remanded to the county prison after not posting $250,000 cash bail.

A criminal investigation began in January by the county’s Senior Exploitation Unit after the County of Delaware Services for the Aging filed an abuse report. The investigation included a financial analysis of Patricia Gottlieb’s bank accounts.

In Patricia Gottlieb’s legacy.com obituary, donations in her memory were requested to the U.S. Holocaust Memorial Museum.

YouTube announced June 5 that it plans to remove thousands of neo-Nazi and white supremacist videos and channels as part of its efforts to remove extremist views from the site.

“Videos alleging that a group is superior in order to justify discrimination, segregation or exclusion” will be blocked, the company said. “It’s our responsibility to protect that and prevent our platform from being used to incite hatred, harassment, discrimination and violence.”

Yiddishkeit was the first word in the Scripps National Spelling Bee, but the word — defined by the contest as a “Jewish way of life” — didn’t trip up 12-year-old Rishik Gandshari from San Jose, California, JTA reported.

Rishik spelled the word correctly and lot of other words, too. He was named one of eight co-champions when the contest ran out of words to spell. Rishik also correctly spelled keriah, the Jewish mourning ritual of tearing clothing.

Website FiveThirtyEight noted that Hebrew words of origin have proven to be the most difficult to spell at the bee, with only 9 of the 20 Hebrew words used between 1996 and 2014 spelled correctly. 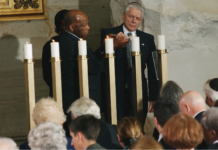 John Lewis and the Jews: 6 Moments That Showcase Enduring Alliance 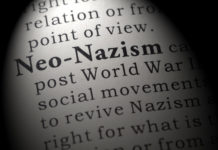 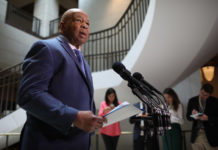