“They’re kind of the worst of the worst, if you will,” said Kathy Cubit, director of advocacy at the Center for Advocacy for the Rights and Interests of the Elderly in Philadelphia.

The report, titled “Families and Residents’ Right to Know: Uncovering Poor Care in America’s Nursing Homes,” includes about 400 nursing homes eligible for the Special Focus Facility (SFF) program monitored by the Center for Medicare and Medicaid Services. That program is designed to increase oversight to facilities that persistently underperform in inspections and close them if conditions don’t improve.

Of the 15,700 nursing homes nationwide, a maximum of 88 are selected for the program, and the list of those facilities is made public. However, the list of potential candidates for SFF — which are just as poorly performing as those in the program — hasn’t been made public in the past.

Rabbi Richard F. Address, who runs the online forum Jewish Sacred Aging and used to host a Philadelphia radio show on the subject of aging and spirituality, was not surprised to see that some nursing homes are providing substandard care. But given the Fifth Commandment (“Honor thy father and thy mother”), he said, Jewish values dictate that people in nursing homes be treated with the utmost respect.

“This issue is growing in relevance and importance,” he said via email. “In my work as founder and director of Jewish Sacred Aging, we run across questions regarding placement of loved ones all the time. Transparency and honesty must be there to protect the people we care for as well as the peace of mind of families. As Boomers age, and as there are less qualified people to be trained and willing to serve in these care-giving capacities, this issue will only be more significant. The No. 1 issue we deal with in my work is anything related to caregiving.”

Philadelphia Rabbi Dayle A. Friedman, author of Jewish Wisdom for Growing Older: Finding Your Grit and Grace Beyond Midlife, said the tenets of Judaism imply an obligation to care for people’s basic needs and ensure dignity for elders. She said it is appalling that any nursing home would fail to meet basic standards.

“It’s important to care for our elders because we’re all going there; they are us,” Friedman said. “Our elders are repositories of life experience, wisdom and memory. They’re irreplaceable.”

The federal government maintains a tool called Nursing Home Compare on medicare.gov that allows people to compare the quality of the nation’s nursing homes. Cubit said she would like to see the information in the Senate report and from the SFF candidate list make its way onto the site and for it to continue to improve its accuracy.

“There’s a lot of problems that still exist that this one report is not going to solve,” Cubit said. “We have a long way to go in terms of really working to ensure that residents and folks going into nursing facilities for rehab are getting the care that they need and deserve.” 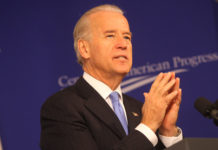 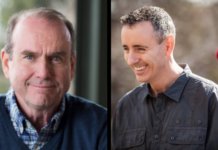 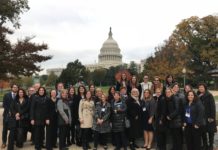