Philadelphia: The City of Brotherly Love. As a recent transplant from the Pacific Northwest, I’m amazed by Philly’s sheer size and the amount of people here. Moving here has given me access to an unlimited supply of cheesesteaks in an area with the country’s highest concentration of Benjamin Franklin impersonators.

So yeah, it’s pretty great. And if you’re a local, you don’t need me to tell you that. From museums to parks, you’ve probably already seen most of what the city has to offer. But for those of us who are recent transplants, or for locals who are just a bit less adventurous, there’s a lot of the Northeast that has the potential to surprise.

Back in the woods of Oregon we were taught in school of the smaller states making up the Northeast (Delaware, Connecticut, etc.) but I had to wonder: Has anyone actually been there? Have you actually ever met someone, anyone, from Rhode Island? Obviously, these places are inhabitable. There are dozens (hundreds?) of people who call them home. So this summer I challenge anyone with too much free time to go out and see them. To save time, here’s a list of some highlights. Good luck and best wishes. And apologies to New York, New Jersey, Massachusetts and Maine.

For people who aren’t from this tri-state area, the question is: Where is Delaware again? Apparently, it’s only half of a peninsula (guess they didn’t have the dough to spring for the rest), but that shouldn’t deter anyone from visiting. At the Air Mobility Command Museum at the Dover Air Force Base, check out the collection of aircrafts, memorabilia and flight simulators. Go to the Nemours Estate in Wilmington, a five-floored, 105-roomed beast of a French mansion.

For outdoor adventurers, The Junction and Breakwater Trail is a must. It’s a 6-mile hike (the longest trail in the state) that’ll take you through the southwestern side of Cape Henlopen State Park connecting Lewes and Rehoboth Beach. After a day of adventure, cap off the trip with a stop at Beach Time Distilling in Lewes for leisurely refined spirits, cocktails and other drinks.

While it may be a square, Connecticut was a boxed-shaped state before boxed-shaped states were cool. It’s home to the The Mark Twain House & Museum in Hartford, a nice addition to any road trip. The property was home to Twain and his family from 1874 to 1891. Today, it serves as a tribute to one of America’s most famous writers.

On the outdoor tip, take a walk at Gillette Castle State Park, home to a spectacular mansion built in 1914 for stage actor William Gillette, who was famous for his portrayal of Sherlock Holmes. For shopping, the Danbury Fair Mall in Danbury isn’t a bad choice. It even has an indoor carousel.

Louis’ Lunch in New Haven is a chance to experience the supposed birth place of the hamburger. This sandwich has no thrills, no gimmicks — just a good ol’ burger like they made it in 1900.

Rhode “not an” Island

I can’t tell you how disappointed I was to find that a place called Rhode Island is not actually an island, although it does have some awesome ones you can drive to, such as Aquidneck Island.

The place to be is Newport. The seaside city’s Harbor Walk is a great way to explore the coast. Choose from either the northern or southern route to see the colorful life at this New England waterfront. Shops, entertainment, shipyards and historical sites dot the way. The architecturally rich town is filled with classy cribs. The gigantic mansions of The Breakers or the Marble House show what life would be like after winning the lottery.

Traveling inland will take you to the capital city: Providence. See the wildlife at Roger Williams Park Zoo, one of the oldest zoos in the country. The Rhode Island School of Design Museum of Art contains more than 100,000 works of art and designs dating from ancient times to today, including paintings, sculptures, decorative arts, costumes, textiles and furniture from across the globe. So Rhode Island isn’t an island, but you’ll have a good time regardless.

New Hampshire (or wait, is that Vermont?)

America’s Newest Hampshire is an outdoor wonderland. Alpine Adventures Outdoor Recreation in Lincoln offers a variety of off-road tours and zip lines. Another good place to reach for the skies is the Chocorua Zipline Adventure Course in Tamworth. With 61 unique obstacles across 11 zip line courses going as high as 55 feet in the air, the park is a jungle gym for adults.

For a more relaxing excursion, why not try a trip on The Mount Washington Cog Railway? The train ride will take you to the summit of Mount Washington, the highest peak in the Northeast. For history buffs, the Wright Museum of World War II in Wolfeboro is a must-see. They have more than 14,000 items in their collection, and don’t forget the tanks!

If you want a meal to remember, try Moxy Restaurant in Portsmouth. It’s classic America cuisine with a modern-day twist.

(No, I’m pretty sure this is) Vermont

Not just the home of Ben & Jerry of ice cream fame and Bernie Sanders, Vermont also has a ridiculous amount of natural beauty, including Dog Mountain, 150 acres on a mountaintop in St. Johnsbury. It’s home to the Stephen Huneck Gallery, which is filled with a collection of tools consisting of 150 chisels, 30 hand planes, axes and wood carvings. Check out the mountain’s Dog Chapel to honor a furry friend.

Wilmington’s Art of Humor Gallery will make you laugh; later, you can be wowed at Norwich’s Montshire Museum of Science. End the trip with lunch or dinner through a City Brew Tour in Burlington. Cheers! 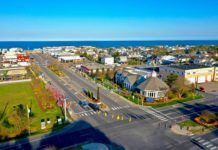 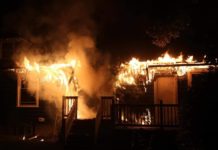 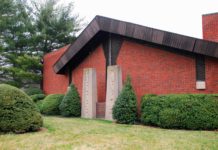