Abortion again. The never-ending legal struggle goes on. Unfortunately, it is a struggle that tends to suppress the possibility for reasoned moral conversations. Consumed with the issue of rights (on both sides), there is little patience for more nuanced ethical concerns.

In this highly polarized environment, it is worth recalling that Judaism advocates an intriguing middle-ground approach. Historically, Judaism has preferred to consider abortion within a context where moral arguments can be made and heard, and where each case can be truly judged on its merits. Hence, when it comes to abortion, Jewish law calls for the application of a number of moral principles, all the while acknowledging that the details of each instance need to be considered individually.

Central to these Jewish moral principles is the idea that maternal life is superior to fetal life. Judaism affirms that the fetus is a life from conception on, but it differs from other traditions in holding that there are actually two versions of life: the life of an emerged, ensouled person, and the more limited form of life that a fetus represents. Jewish texts identify the fetus as a life in order to communicate that the fetus is abundantly precious in its own right, and worthy of protection.

The idea of maternal life having superior value to fetal life has practical ramifications: If a mother’s life is at stake at any stage of pregnancy, not only is it permissible to abort the fetus, it is mandated to do so. Within traditional Judaism there is a difference of views as to whether the mother’s superior standing might allow for abortion in circumstances less severe than a direct threat to her life. Some think that any abortion in less than life-threatening circumstances would be an unacceptable act of murder. Another school of thought is prepared to countenance abortions in varying serious situations with deleterious implications for the mother, including rape and incest. However, given the standing of the fetus as a life, none of the traditional sources countenance abortion for economic reasons, for timing issues or for lesser stressors.

Legal writings from non- Orthodox Jewish sources concur with this approach. The Conservative movement allows for abortion when the “continuation of pregnancy might cause the mother severe physical or psychological harm, or when the fetus is judged by competent medical opinion as severely defective.” The Reform movement cautions that “we do not encourage abortion, nor favor it for trivial reasons, or sanction it ‘on demand’.”

In this light, it is worth offering a Jewish assessment of the divergent abortion laws recently passed in New York and Missouri. In New York, the legislature removed abortion from the penal code altogether and permitted abortions beyond 24 weeks for threats to maternal life or health. Previously, abortions beyond 24 weeks were only permitted to save the mother’s life. In defining “health” the Supreme Court has held that “medical judgment may be exercised in the light of all factors — physical, emotional, psychological, familial, and the woman’s age … All these factors may relate to health.”

From the perspective of Jewish moral thinking, the New York law is too permissive. The Torah itself calls for a monetary penalty for the improper killing of a fetus. And the broad understanding of “health” that underlies the New York law could potentially permit some abortions beyond 24 weeks that Jewish sources would regard as ethically inappropriate. Of course, all current American abortion laws allow for a situation where the majority of abortions carried out at earlier stages of pregnancy are in this problematic category.

On the other end of the spectrum is the Missouri law, one of several states that have recently passed more restrictive abortion provisions. In the Missouri statute, the fetus is defined as a life equivalent to all other lives from conception. The Missouri legislation seeks to ban all abortions except in the case of a “medical emergency” where the mother’s life is at risk or where “delay will create a serious risk of substantial and irreversible physical impairment of a major bodily function”.

From the perspective of one of the two traditional schools of Jewish thinking, this law is too restrictive. It defines the status of the fetus in a way that is not supported by Jewish sources. It provides no exceptions for profound threats to a woman’s mental well-being, for critical medical issues that are not an emergency, for rape, incest, severe fetal illness or other instances where a sizable cohort of rabbis permits abortion.

For Jews, it is noteworthy that there is a challenging asymmetry between the two laws. In the case of the New York law, it is possible for a Jew to follow Jewish prescriptions by voluntarily foregoing abortions that the law permits. Conversely, in the case of the Missouri law, there are abortions that some rabbis would allow that the law forbids. In other words, while the New York law provides room for a Jew to comply fully with rabbinic perspectives, the Missouri law does not. It is a difference that is important to consider.

Long before there was a New York or Missouri, Jews were having serious conversations about the ethics of abortion. Through the centuries, the tradition developed wisdom on this issue that does not align with either side of the contemporary American legal debate. Perhaps such a moderate approach could make a valuable contribution in 21st-century America.

Rabbi Danny Schiff is the Foundation Scholar at the Jewish Federation of Greater Pittsburgh. He is the author of Abortion in Judaism, published by Cambridge University Press. 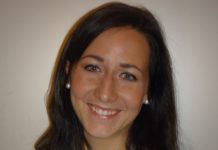