Israeli Prime Minister Benjamin Netanyahu’s Likud Party won 35 of 120 seats in the Knesset on April 9 and seemed to have a clear path to forming a coalition government.

But on May 30, Netanyahu dissolved the government of the recently sworn-in MKs and announced new elections after he was unable to form that coalition. On Sept. 17, Israel will hold another election, with much at stake for Netanyahu, his potential ruling partners, the opposition and many political careers in Israel. For the first time, two elections will be held in Israel within the same calendar year.

Lustick, a professor of political science at the University of Pennsylvania (and author of forthcoming Paradigm Lost: From Two-State Solution to One-State Reality), noted that “hard bargaining” is part and parcel of coalition-building, often contributing to delays, but this is the first time that “the result of that bargaining has been a decision by the parliament to dissolve itself and call for new elections.”

The hard bargaining was between the two major factions of the Israeli right. One side is largely made up of secular, hawkish conservatives, while the other is religious and keen to maintain power for the Orthodox in government, especially when it comes to military conscription.

Yisrael Beiteinu, the secular party of former Defense Minister Avigdor Lieberman, refused to join Netanyahu’s coalition unless the government passed a bill drafting some haredi Orthodox men. Orthodox parties countered with a looser bill, one that Yisrael Beiteinu did not approve. Thus, the coalition was broken. Lieberman’s actions, according to Lustick, put into greater relief how much Netanyahu relies on the Orthodox for his power, and created a stare-down.

“These two politicians played a game of chicken with each other,” he said.

Yoram Peri, the director of the Joseph and Alma Gildenhorn Institute for Israel Studies at the University of Maryland and once a political adviser to Yitzhak Rabin, put it this way: “The norms, the rules, the regulations, the historical procedures, are that if someone is asked by the president to form a government and he cannot, then the president asks somebody else to do that, either from the same party or from another party. So when Netanyahu realized that he cannot form a coalition, doesn’t have enough seats in the Knesset for his coalition, he had to go back to the president and tell the president, ‘Sorry, I was trying to do it, but I failed.’” The catch, Peri said: “He didn’t want to do that.”

Peri theorized that the decision to dissolve the government came less from considerations regarding affairs of state and more with personal preservation.

“He didn’t want to do it because he knew that if he’s not going to be prime minister, in a very short period of time, legal procedures will start and he will find himself in court and most likely behind the closed door of the prison,” Peri said.

Indeed, Attorney General Avichai Mandelblit announced in February that his office was planning to indict the prime minister after a two-year investigation into bribery, fraud and breach of trust; a hearing was set for October wherein Netanyahu would be able to plead his case before the indictment was finalized.

Joseph Puder, the mid-Atlantic director of StandWithUs and a long-time columnist for David Horowitz’s FrontPage Magazine, concurred on the final point. If Netanyahu does not retain his position come fall, Puder said, “certainly, the opposition will jump on it, and there will be a call to indict him.”

But, Puder added, should Netanyahu replicate his spring electoral success, or even surpass it, that would represent a new factor for the attorney general to consider. “The will of the people certainly counts for a great deal,” he said.

Lustick doesn’t see much chance for any non-Likud coalition to take power in the new coalition formed in the fall. He theorized that “a secularist alliance” could form between Yisrael Beytenu and Blue and White — the primary opposition party that won 35 seats in April, led “not by Benny Gantz, but by Yair Lapid.” In the meantime, he noted, little will get done legislatively.

To Peri, the whole affair is indicative of a lack of trust between Israeli voters and their government, and between the politicians themselves (he highlighted the fact that Labor Party leader Avi Gabbay insisted on filming the prime minister during negotiations for a possible coal deal). Moreover, he said, the fact that Netanyahu would use legislative power to protect himself was especially unfortunate. “In other places,” he said, “there would have been a revolution.”

Puder believes that Netanyahu will do well in the fall, and also said that he sees it as a chance to push Lieberman’s party out of a ruling coalition.

“The public in Israel is cognizant of the fact that at this time in our historic life there’s no substitute for Netanyahu,” he said. “Given the breadth of his experiences in foreign affairs and in economic affairs, corruption notwithstanding, he’s still the best man around.” 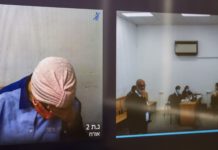