Jewish candidates in the May 21 primary election came out on the winning side in a few Philadelphia races, as well as in Montgomery and Chester counties.

In the Democratic City Council at-large race, Jewish incumbent Allan Domb came in second, garnering about 10 percent of the votes. First elected in 2015, Domb is well-known for his real estate business.

The Jewish Exponent profiled third-time candidate Sherrie Cohen and first-timer Beth Finn in February when the Jewish candidates announced plans to run as Democrats for City Council. Finn finished far behind the winners, while Cohen did not appear on the final ballot.

Of the five Jewish judicial candidates profiled in April, Democrat Joshua Roberts came in third for judge on the Court of Common Pleas (1st Judicial District).

“I am proud of the broad coalition that supported me from the Democratic Party, organized labor and social organizations,” he said. “If I win in November, I will judge with compassion and common sense, and I will respect the rule of law and the people who appear before me.”

“I seek to serve Philadelphia with honor, integrity and compassion,” she said.

In Montgomery County, Jewish candidate Melissa Schwartz Sterling headed the Democratic race for judge of the Court of Common Pleas, garnering more than 35 percent of the vote.

“I want to serve on the bench to make a difference in people’s lives,” she said. “I believe all people have a right to justice, and I would like to see victims of domestic violence receive more protection.”

In Chester County, Jewish candidate Deb Ryan won the Democratic nomination for district attorney by a landslide, receiving the highest number of votes from either party.

“As the next district attorney, I will ensure that victims are treated with respect and dignity, implement criminal justice reform and work collaboratively with our community partners to keep our residents safe,” said Ryan. “My grandparents, both Holocaust survivors, ingrained in me at a young age the critical importance of advocating for the vulnerable, oppressed and marginalized, and I will continue to do that as the lead law enforcement officer in the county.”

Also in Chester County, Jewish candidate Marian Moskowitz won the Democratic nomination for county commissioner by a significant margin. Moskowitz, a local developer, is focusing on infrastructure projects and is part of a task force working to bring train service to Phoenixville.

Correction: This article originally identified Al Taubenberger as a Jewish candidate. He is not Jewish. 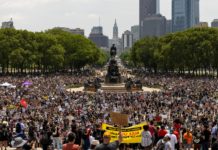 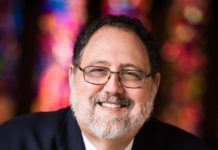 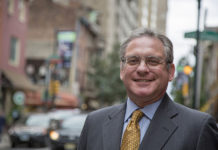 Former Controller to Challenge for Mayor