In a letter to parents, President and CEO Maddy Malis and Board Chair Cathy Seiler said a sudden resignation of staff in March, which resulted in the closing of two toddler rooms and a subsequent drop in enrollment, was a key factor in the decision.

“Though we have been working to avoid this decision, we have determined we can no longer operate a quality program at this location,” Malis and Seiler wrote. “Providing a quality early childhood education program and having our centers be safe and inviting places for our children is our top priority.”

FELS said it will assist parents in transitioning to other early childhood programs and has reached out to nearby programs, including synagogues, to gather enrollment vacancy information for parents.

“It is with a heavy heart that we made the painful decision to close,” Maddy added. “In 108 years, FELS has not closed a program due to a shortage of qualified classroom staff; this is an isolated incident.”

Elder law attorney Ruth Kafrissen Horwitz, who also had a 45-year career with the School District of Philadelphia, died following complications from pneumonia on April 21, according to her daughter Abby Birk.

Horwitz earned bachelor’s, master’s and doctoral degrees in education from Temple University and worked in various capacities for the Philadelphia school district, including as an acting principal and acting executive director of career and vocational education.

At 51, while still a full-time educator, Horwitz enrolled in the evening division of Temple’s law school and graduated four years later, ultimately pursuing a career in elder law.

Horwitz held numerous offices over the years, including with Jewish organizations, according to Birk. She was an executive board member of Congregations of Shaare Shamayim, a former president of the B’nai B’rith Educators Unit, a member of the Jewish Community Relations Council Speakers Bureau and the Jewish Law Day Committee, as well as a lifetime member of Hadassah and ORT. She helped run a Torah study class in the complex where she lived and was a fundraiser for her synagogue, Politz Hebrew Academy and Jewish Federation of Greater Phil.

Drexel University President John Fry — who also gave the commencement address — received an honorary doctorate from Gratz College on May 19.

“The connections between our two institutions are instructive for what they say about higher education, community and progress in Philadelphia,” Fry said. “Both have grand ambitions that stem from an ethos that reaches all the way back to the founders of Gratz and Drexel.”

Gratz welcomed 70 graduates during its 119th commencement. They included the first graduate from the Jewish professional studies program and one graduate of the education leadership Ed.D. program. 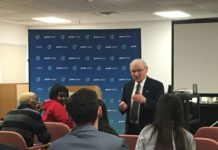 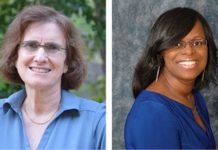 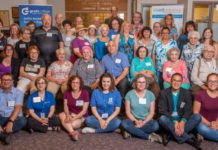