Eileen Sklaroff forgives you if you haven’t heard of the Female Hebrew Benevolent Society (FHBS), an organization celebrating its 200th anniversary.

“We are a very well-kept secret,” said Sklaroff, the organization’s president.

The tiny social services organization was founded in 1819 with the help of legendary Philadelphian Rebecca Gratz. At the time, Sklaroff said, Philadelphia Jewish women who found themselves unexpectedly without a husband (whether by illness, death or greener pastures) were in the doubly unenviable position of being both without much of a safety net or a Jewish organization that could cater to their needs. There were Christian missionaries who assisted such women in procuring food, shelter and clothing, but there was also “a good dose of indoctrination,” according to Sklaroff.

Thus the FHBS was born, a product of work done by a group of women from Congregation Mikveh Israel, with Gratz leading the charge; she’d hold the secretary position for close to 40 years. The women of the FHBS, according to the constitution penned in 1837, were “desirous of rendering themselves useful to their indigent Sisters of the House of Israel, associated themselves together for the purposes of charity.”

FHBS was small then, and remains small now — run completely by a 13-member volunteer board. They focus on four core areas: emergency aid, sometimes in the form of monthly stipends; personal emergency response systems for frail, elderly women who need assistance; a pharmacy stipend program and summer camp scholarships for children.

These programs, Sklaroff noted, are a reflection of the needs of the day; the current iteration of FHBS does significantly different work than the FHBS of 35 years ago when Sklaroff joined the group, let alone 200 years ago. Board members were doing monthly home visits when she began.

Sklaroff was a reluctant sign-up at first. Her mother died when she was young, and she was quite close to her grandmother. One day, her grandmother’s closest friend, Bertha Braude — their husbands were first cousins — asked her to join the board of the FHBS. Sklaroff, grateful to Braude for years of friendship to her grandmother, agreed.

She had reservations. For one, she was committed at the time to working in charitable organizations that had some sort of relevance to her life as a mother with two young children.

“I didn’t really want to do anything that didn’t impact them directly,” she said.

To further the feeling of not belonging, she was far and away the youngest woman at the first meeting she attended, held in Braude’s John F. Kennedy Boulevard apartment. Braude, then president, conducted the meeting in a suit, hat and gloves.

“I was horrified,” she remembered.

But she felt she had to continue for her grandmother and pressed on. Within two years, Braude called Sklaroff to tell her that she was being unilaterally declared treasurer. Since then, Sklaroff has worked to make FHBS sustainable, helpful and meaningful to its constituents, some of whom are Holocaust survivors.

Most of the women helped by FHBS are not made self-sufficient by the help they receive, nor is that really the point, Sklaroff said, although she certainly doesn’t complain when it turns out that way. Some women depend on the group for many years; others get a one-time stipend and are never heard from again. The object is to simply be a place for women who need help, Sklaroff said.

“Our donors like us,” she said, “because we’re quiet, we’re quick and they know their money is going directly to a Jewish woman in need.”

Pam Stein, a tax partner at an accounting firm, is the current FHBS treasurer. She finds herself fascinated by the history of the group, and how changing societal mores and women’s legal standing have allowed the Pam Steins of the world to flourish in a way they couldn’t before. Aside from her work as an accountant, Stein worked for the Jewish Federation of Greater Philadelphia at the local and national level for many years.

“I feel an obligation to perpetuate it,” she said of the FHBS.

As one might expect of a low-key organization, the main part of its anniversary celebration will consist of a small, private affair: A ceremony and stone-placing will be conducted at the Mikveh Israel Cemetery, where seven original board members are buried.

What is certainly against the group’s M.O. is an anniversary banner ad on the PECO Building. Anonymity aside, Sklaroff said, 200 years is a big deal.

The future of the group, Sklaroff said, will be up to the women who run it, just as it was put to her on the day she took a leadership position. “I would want it to look like what the women who are leading it want it to be,” she said.

Stein hopes that whatever form it takes, its continued existence is assured. For the 400th anniversary, she said, it’ll be good to know that “there’s still a group of Jewish women in the Philadelphia area that are helping other Jewish women.” 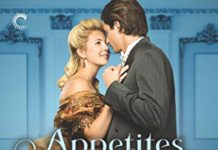