Jewish Democratic Council of America Executive Director Halie Soifer remembers exactly where she was during the Charlottesville rally, the one that beamed images of tiki torch-bearing white supremacists chanting, “Jews will not replace us” all over the world.

“It wasn’t shocking to me that the president would equivocate,” she said, “that he would even demonstrate some alignment to a degree with white nationalists, because we had suspected that all along.”

Nine months later, Soifer, 40, became the executive director of the Jewish Democratic Council of America, a newly formed group dedicated to delivering Jewish votes to Democrats who pass muster on a variety of issues, from Israel to reproductive rights. The JDCA saw some success in the 2018 midterms: Most of the candidates they endorsed won, and some even flipped Republican seats. If 2018 was a heated fight, 2020 will make it seem tame.

Soifer visited Philadelphia recently to connect her organization with local donors and Democratic officials. The visit makes sense, given that Philly is home to nationally known Jewish Democratic figures like former Gov. Ed Rendell and Attorney General Josh Shapiro. Moreover, Pennsylvania was one of the centers of JDCA’s efforts during the 2018 midterms, as U.S. Rep. Conor Lamb was the group’s first endorsement.

But before all this, Soifer grew up in Michigan, which is not a state overflowing with people of the Jewish faith. There are about 70,000, at last count, which is only a few thousand more than the total student, faculty and staff population of Michigan State University. There are nearly as many Jews in Montgomery County, Pennsylvania, alone.

So when Soifer was growing up in East Lansing, finding the places where she could develop as a Jew was incumbent on her alone, with guidance from her father and mother (president of the synagogue and the sisterhood, respectively). She recalls fondly the March for Soviet Jewry her father took her to when she was 9.

She spent a summer in Israel when she was 15, and went back again during her undergraduate years at the University of Michigan, where she studied sociology and political science. It was not until she spent that college year in Israel that she knew that politics was going to be her future.

After graduation, she worked at the U.S. Embassy in Israel under then-Ambassador Martin Indyk. It was a time of great staff turnover, so she was able to participate at high levels, preparing materials for Camp David and attending the first and only U.S. Embassy Fourth of July party in Gaza.

“It was really that experience that shaped my determination that I was going to focus on foreign policy and national security,” she said. But she had to get to Washington if she was going to do that. She came home, packed a U-Haul and drove to the capital with her mom, with “hopes and dreams of working in the Gore administration.”

In D.C., she worked in a think tank, and then for the Israeli embassy, writing speeches during the tumultuous period that included 9/11 and the Second Intifada. That period further cemented her certainty that the U.S.-Israel relationship was deeply important, worth fighting for and needed to be preserved in a bipartisan manner.

She found her first job as a foreign policy adviser working for Robert Wexler, a Democratic congressman from Florida, a job that was partially documented in a Sundance Channel series called The Hill. The “ridiculously idealistic” Soifer, as one harrumphing reviewer called her, was a fan favorite.

After finishing her time with Wexler, she went to Johns Hopkins School of Advanced International Studies to get her master’s in Middle East studies and international economics, and by her second year in the program, she was working for the State Department on regional security and arms transfers under George W. Bush. In 2008, she worked to secure Jewish votes for candidate Barack Obama in Florida.

Soifer learned a lot about politics in those years. “Israel was then, and is today, used as a wedge issue by Republicans to divide us,” she recalled of that time. She also said that in Sen. Joe Lieberman’s campaigning for John McCain, she saw the forerunner to the false narrative of “Jexodus,” which contends that Jews are leaving the Democratic Party en masse. “Jews ultimately are Democrats because of their values,” she said.

Following these years, she was a foreign policy adviser to Sen. Ted Kauffman and Sen. Chris Coons before she went to work for Ambassador to the United Nations Samantha Power. That time in the executive branch with Power, valuable as it was, was also a Gore redux; what she thought was going to prepare her for the Hillary Clinton administration turned into something quite different. Her time in the executive branch ended on Jan. 21, 2017. She was working for Harris within the week.

Soifer has been the head of the JDCA for about a year now and, as her vision grows, she believes, so does her responsibility. It is not up to JDCA alone to ensure a strong U.S.-Israel relationship, nor to eradicate anti-Semitism. But as the political group that purports to speak for the interests of the overwhelming majority of Jewish voters, they have the potential to make more of an impact than most.

Not surprisingly, Soifer is not impressed by President Donald Trump, whom she says is a “so-called” pro-Israel president. The U.S.-Israel alliance, she said, “has been politicized and personalized by the president to the detriment of the future of the relationship.” She is also concerned about what she characterizes as his “flippant and reckless foreign policy.” She believes that he has driven lifelong Jewish Republicans to the Democratic Party, and will continue to do so.

Of course, Matt Brooks, head of the Republican Jewish Coalition, believes the opposite on President Trump; on the joint responsibility to combat anti-Semitism and anti-Zionism, however, he agrees with Soifer — it can’t just be one side doing the work. They’ve met just once, but will work together more before 2020.

“I’m really looking forward to getting out there and doing debates and advocating for our respective candidates together,” he said.

JDCA will not endorse in the primary, but will do “everything possible to get the Democratic candidate elected.” Soifer said she would also like to see a sense of decency returned to politics, invoking John McCain and George W. Bush.

In the meantime, she’ll take as many disaffected Republican Jews as she can get.

“We’re happy to have them,” she said. 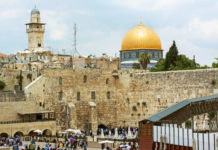 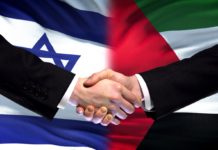