Rendell, who also is the former mayor of Philadelphia, announced in 2018 that he is living with Parkinson’s disease.

“Receiving expert care from a Parkinson’s specialist has made all the difference in my experience living with the disease,” Rendell said. “I am humbled that the Parkinson’s Foundation would recognize me as an advocate for advancing research, and I am thrilled to join leaders of this community at the Foundation’s gala this year.”

Beth Sholom Congregation in Elkins Park will celebrate its 100th anniversary by honoring its past presidents at a gala dinner dance on May 18.

Havdalah, dinner and dancing for guests begins at 8:30 p.m.

Beth Sholom has held six prior events since October to celebrate the centennial, including a presentation on a century of Philadelphia Jewish life, a Jewish collegiate a cappella competition, a centennial club party, a presentation about the building by Philadelphia Inquirer art critic Thomas Hine, a concert of cantors and a scholar-in-residence weekend.

A team of yoga participants will do double duty on May 19 while participating in Living Beyond Breast Cancer’s Reach & Raise yoga event on the Philadelphia Museum of Art steps.

The team will honor Leona Lubinietski Kleiner of Cherry Hill, New Jersey, a Holocaust survivor who died earlier this year at 92, while being led by breast cancer survivor Marisa Gefen, who is Kleiner’s granddaughter.

Kleiner was the last of three sisters who survived the Warsaw Ghetto at age 11. She subsequently met her husband, Samuel Kleiner, at a displaced persons camp.

“The timing of Reach & Raise is apropos because it’s Yom Hashoah in May, when we try to keep the memory of Holocaust survivors alive,” Gefen said. “Bubby’s experience based on the Holocaust was that life goes on. You don’t let something like [cancer] stop you. It’s a part of your story. It’s a part of your journey.”

This year marks the chai anniversary for Reach & Raise, with an estimated 2,000 people convene for the event with the goal of raising $400,000.

Choirs to Sing Songs of Love

Nashirah – The Jewish Chorale of Greater Philadelphia will join forces with two other choirs on May 19 to present “Love in Every Language,” billed as songs of love from around the world.

The songs are billed as consisting of everything from folk songs, a contemporary chorale repertoire, Israeli pop songs and eternal verses from the Song of Songs.

It will feature the Philadelphia premiere of “That Love” based on verses of “The Prophet” by Kahlil Gibran in Arabic and English, with music by Palestinian Israeli composer Wisam Gibran that was commissioned for the concert.

Nashirah will be joined by the choir of the H.L. Miller Cantorial School at the Jewish Theological Seminary in New York City and the Shirei Chesed Community Chorus at Ansche Chesed in New York City.

The concert is at 3 p.m. at the Curtis Institute of Music, Field Concert Hall. 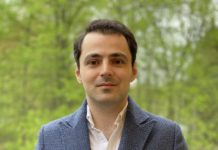 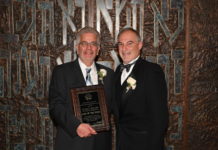