In the face of another murderous attack on a U.S. synagogue, Jewish Americans are again reeling.

Six months after the slaughter of Shabbat worshippers in in Pittsburgh, our community has been struck again. We are mourning Lori Gilbert-Kaye, who was shot dead in her synagogue on the final day of Passover. We are grieving, infuriated and alarmed, as well we should be.

This isn’t supposed to happen in America. I’ve heard from friends with young children and grandchildren, who never thought much about anti-Semitism, that they’ve begun to feel unsafe. Synagogues are hiring guards, adapting their protocols for an ugly new reality.

It’s clear that we must grapple with the hatred that seems to have seeped from social networks, the internet and more into more mainstream communities, infecting those susceptible and fueling toxic anti-Semitic rage. Yet there’s another form of anti-Semitism that threatens all Jews. I fear we’ve become desensitized to it because it’s veiled as political speech or opinion. I’m talking about the spread of anti-Zionism.

Let’s recognize that this hidden anti-Semitism can be as pernicious as open hatred. It’s time to address the anti-Zionist movement that’s being tolerated and even supported in our political discourse. It’s particularly prevalent among students. The college campus is the newest battleground, and in too many ways, we’ve ignored the threat it poses.

The heart of Zionism is the establishment of a Jewish state in the land that is now Israel. Since then, Israel has become the strongest and most visible expression of the Jewish people, and of Jewish existence in general. Anti-Zionism would deny our very right to be.

Why aren’t more American Jews troubled by anti- Zionism? There are those who make the distinction between anti-Zionism and anti-Semitism, presumably in good faith. They say they support the Jewish homeland, but that the Palestinian community is disadvantaged. They take issue with the way Israel was settled. Or they disagree with current Israeli politics. All of these points are arguable.

But the survival and strength of Israel isn’t negotiable. Anti-Zionism, in both theory and practice, is the demand to erase the Jewish character of the state of Israel. The most immediate practical outcome of anti-Zionist thinking is the eradication of our existence. If you deny Israel’s right to sovereignty, you deny all Jews just as surely as the most noxious anti-Semite.

To examine the most harmful manifestation of anti-Zionism, look no further than the boycott, divestment and sanctions (BDS) movement. Its stated goal is to choke off Israel’s economic and social growth through boycotts of Israeli products and businesses. What’s more, the movement is fueled by misinformation and outright lies. And at its core lies a stunning hypocrisy; most of the actions it favors, like boycotts of West Bank industrial businesses, only serve to harm thousands of Palestinians employed there.

It also feeds into anti- Semitism by threatening Israel’s self-determination and demonizing our right to defend ourselves.

Most government leaders recognize BDS for what it is. Twenty-six states have adopted legislation that acknowledges the anti-Semitic nature and impact of BDS actions. At the federal level, initiatives like S. 720, introduced by Sen. Ben Cardin (D-Md.) and H.R. 1697, offered by former Rep. Peter Roskam (R-Ill.), command broad bipartisan support.

To help stem the rising anti-Semitism that can spur violence, we must demand action from government and community leaders. We should also call out casual incidents of anti-Semitism and raise our voices when established institutions or congressional representatives indulge in anti-Semitic tropes and conspiracies.

We must challenge the gradual revision of Jewish history, including the horrors of the Holocaust, which is growing around the globe. We must educate our friends and colleagues about anti-Semitism and its roots, as many who aren’t directly affected by it may not even recognize anti-Semitic images or myths.

Turing Award-winner Judea Pearl, father of murdered journalist Daniel Pearl, recently raised his voice against the lies and distortions of the BDS movement. Pearl announced he would renounce his status as a distinguished alumnus of New York University after the school honored its chapter of Students for Justice in Palestine for the “extraordinary and positive impact” of its work, which includes the boycott of Zionist student clubs. Pearl decried SJP’s “intimidation tactics” that have made him and others feel “unwelcome and unsafe on our own campus.”

Those are important words. “Unwelcome and unsafe” is how it feels when ignorance and casual anti-Semitism begin to metastasize into something more dangerous.

It all begins and ends with Israel. The truth is that Israel is among the most open, diverse and innovative countries in the world — and certainly in the Mideast region. But even if that weren’t true, there is no human being who can deny our right to exist — without fear or persecution. Until anti-Zionist activism is revealed for what it really is, there can be no end to anti-Semitism. 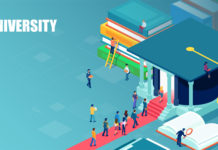 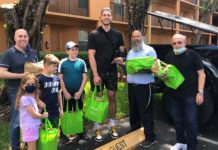