Heading Home: The Tale of Team Israel, the story of the 2017 Israeli baseball team that shocked the baseball world with a Cinderella run through the World Baseball Classic, is a self-aware movie.

A partial spoiler: The Israeli team did not win the WBC, though they did make it quite a bit further than anyone predicted. Directors Jeremy Newberger, Seth Kramer and Daniel A. Miller include the famous clip from Airplane about “Famous Jewish Sports Legends” as an example of some “light” reading, so they are aware at some level that the entire concept of a movie about a team whose claim to fame is playing, like, pretty well, is a little funny on its face — one player is introduced with a highlight of a sacrifice fly. It’s also a movie that uses klezmer music more than expected.

And yet the players and coaches in Heading Home remain so enjoyable to be around that no amount of odd cuts and confusing structure can stifle what is a fun movie-watching experience.

The team, made up of Jewish baseball players from the majors and minors, comes together in 2016. Ike Davis, Jason Marquis and Sam Fuld set the high-water mark among them, and though none were ever stars, they enjoyed productive major league careers. After that, it is a team of “misfits,” as outfielder Cody Decker calls them. Decker himself is one of the movie’s brightest spots with his quick wit.

There is not one Israeli player on the roster, but the “heritage rule” of the WBC means that each team can field players who are eligible for citizenship in their country, even if they don’t currently possess it. The roster construction includes a funny sequence that shows some of the players’ documentation of Jewishness; now, the whole world can finally know that relief pitcher Craig Breslow is, indeed, circumcised. Thus, a team of American Jews and their families heads to Israel for just a bit of practice.

The team comes together almost immediately. They are relaxed and comfortable, often spurred by Josh Zeid, a relief pitcher who had most recently played for the Astros. His calm demeanor is infectious, as is his propensity for seriously considering issues of Jewish identity. They tour Israel, learning about the Israeli-Palestinian conflict. On a graffiti tour of Tel Aviv — the players help spray-paint a mural of Sandy Koufax — a tour guide tells them that “Jerusalem is politics” but that in Tel Aviv “we want to have nipples out!”

Their Birthright trip continues, with the attendant questions about identity. Decker recalls being called a kike from the outfield; Zeid discusses the difficulty that his marriage to a Lutheran woman created in his relationship with his parents; Davis confesses that he was always a little uncomfortable with becoming known as Ike Davis, Jewish Ballplayer.

Meanwhile, they tour the top of Masada, float in the Dead Sea, sample the fare in Machane Yehuda and solemnly shuffle through Yad Vashem. Zeid has a truly beautiful moment at the Western Wall, where he delivers what is maybe the line of the movie, about why he refrained from making requests in his prayer: “Baseball has kinda jaded me in asking for anything.”

They practice in front of adoring fans, many of them New York transplants or their progeny, which explains their adoration for Davis (a Met, once). They help to dedicate a new baseball field in honor of a terror victim, and receive dog tags with their names on them in transliterated Hebrew. Decker introduces the Mensch on the Bench, an enormous rabbi doll that became the team’s unofficial mascot. And with that, they’re off to South Korea for the opening round.

The presentation of game play is a bit odd; some of the games get nearly full recaps, while others get just a few highlights (or lowlights). But the buzz they create is summarized quite nicely in ESPN headlines, late-night jokes and more. There is even a cameo from Jewish rapper Kosha Dillz, who contributes a song about the team that is silly and fun, even if it is an aural assault.

They beat Chinese Taipei, the Netherlands and even Cuba, a baseball powerhouse. The players can only laugh at the surprise surrounding all their success, because, they say, they knew all along that they were underestimated. No one quite makes the leap to connect that with their Judaism, but the link is clear.

The run ends abruptly, with a loss to Japan. And given that the roster came together just for one tournament, the likelihood that they’ll ever spend a significant period of time together again is unlikely. But as Zeid puts it, they are consoled by the idea that they could be the team that inspires a future Israeli WBC team populated with some native-born Israelis. 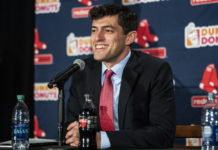 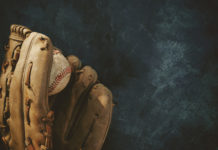 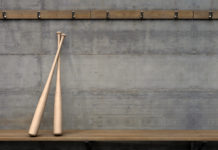