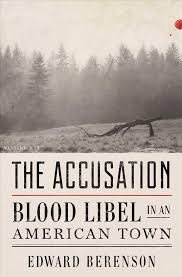 The Accusation: Blood Libel in an American Town

In the Exponent’s Torah portion last week, Rabbi Eric Yanoff of Adath Israel addressed the practice of scapegoating and how Jews throughout history have often had that role thrust upon them.

As Yanoff noted, there are plenty of prominent examples of Jews unfairly being targeted throughout the ages. But Edward Berenson, a history professor at New York University, has uncovered a fascinating case of scapegoating that occurred 90 years ago in an upstate New York hamlet.

A 4-year-old girl named Barbara Griffith wandered into the woods surrounding the town of Massena on Sept. 22, 1928, two days before Yom Kippur; a search ensued with hundreds of people participating.

It didn’t take long before a rumor spread that Jews in the town had kidnapped and then killed Barbara as part of a ritual murder called a “blood libel.”

Both Mayor W. Gilbert Hawes and state police Corp. H.M. McCann said they believed the rumor, which they indicated came from a “foreigner” in the town.

According to JTA articles of the time, Rabbi Berel Brennglass of Congregation Adath Israel of Massena was questioned by police, as were many members of the 19 Jewish families living in the town.

All of the town’s Jews were innocent, which became readily apparent when Barbara was found unharmed a mile away. The girl later said she got lost while looking for her older brother, fell asleep and was wandering about again when two searchers found her.

Even so, it took a while before calm was restored and the suspicions directed at the town’s Jews subsided.

Berenson deftly takes the seemingly minor incident and uses it to explore how blood libels came to be. The well-researched book touches upon dozens of incidents that occurred for centuries across Europe and how they often centered on a supposed ghastly need for blood to make matzah.

Berenson then explores anti-Semitism in the United States, noting that the Ku Klux Klan was in its heyday in the 1920s. Jews weren’t the Klan’s main target, but blacks, Jews, Catholics and other non-Protestants were on edge.

Meantime, while we live in a much more global environment today, the Massena incident showed how influences from thousands of miles away could make their way to a small town — that “foreigner” who spread the rumor had probably heard similar rumors back in the Old Country. 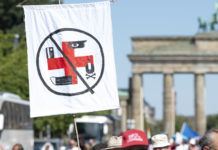 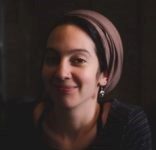 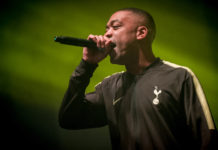