It seems that just about everyone who wanders into Pam Rogow’s shop has some sort of typewriter tale.

The room, filled with 50 manual and electric typewriters of various ages and styles, has a strong impact on visitors.

One person told Rogow how their father would use a typewriter to do his taxes, hearing the clicking and clacking of the device as they went to bed. Another recalled using one for their first job out of high school.

The sound, the touch, the sight of a room filled with these machines causes all those memories to come rushing back: That’s the effect W.P.M. Typewriter Shop has.

Mt. Airy has been home to the store since its grand opening in fall 2017. The business offers a variety of typewriters of all ages for sale and rent, along with typewriter classes and repair services. Rogow estimated she owns close to 200 typewriters, three of which type in Hebrew.

“They’re not that easy to find, and I get them every which way you can imagine — short of robbing graves,” Rogow said. “I’m not a hipster and I’m not a poet, but it’s important to me.”

Rogow’s love of typewriters was sparked at age 7, when she played with one to pass the time while visiting Aunt Sadie and Uncle Izzie’s house. Growing up in Los Angeles, Rogow attended Wilshire Boulevard Temple, the city’s oldest Jewish congregation. She said the classes there, and the values instilled from her Jewish home life, had a part in making her who she is today. While she loved her teachers at the synagogue, she struggled with the language class.

“I wasn’t a very good Hebrew student,” Rogow said. “And the Hebrew teacher told my mother that I was the number one student in the class — from the bottom. And my mother, who was a master schoolteacher, had the good sense not to care.”

Rogow went on to ​graduate from the UCLA School of Theater, Film and Television with the intention of going into public affairs TV. But a job offer launched her career into the world of designing museum exhibits, and she ran a business specializing in that for 14 years called Rogow and Bernstein.

In 1991, she moved to Philadelphia with her son, Doug, to serve as vice president for public programming at the Academy of Natural Sciences. It was three years later that she moved into the corner property in Mt. Airy.

The residence was a former apothecary, then Edelson’s Bakery and later the home and studio of the artist Jimmy Lueders. It became Rogow’s home and eventually the base of operations for Moving Arts of Mt. Airy, a movement studio she started for hosting classes to the community.

At one point, Rogow shared her space with Bryan Kravitz, who ran his store, Philly Typewriter, in the building. When he moved to a new location in South Philadelphia, Rogow decided to open up a typewriter shop of her own to fill the newly found vacancy in the vicinity.

“Coming out of the museum field, of course I have an appreciation for industrial design. Each of these machines is made of hundreds of parts,” Rogow said. “It’s a relic. It’s got that vintage, historical part that appeals to me.”

Jennifer Kinka is the owner of The Nesting House, a children’s boutique located on the same street. This week, the community garden on Rogow’s property opened, another example of her impact on the area. Kinka described her neighbor as generous and community-oriented, with her shop being right at home in Mt. Airy.

“I appreciate the vision,” Kinka said. “It fits in with the idea that people in this neighborhood appreciate things that are timeless.”

Today, the grandmother of two is in her 60s and enjoys visiting with her customer base, which she described as mainly hipsters, poets and the nostalgic.

“Some of them [buy typewriters] for the look and the style, but a lot of them because they are tuned into analog and a tactile experience and have an appreciation for style as well,” Rogow said. “More care often goes into writing when you don’t have to say, ‘Well, I can cut and paste later, I can delete later, I can postpone critical thinking.’ And this machine, every single stroke matters. You really have to concentrate.” 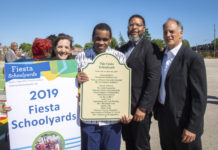