It is a recorded scene many of us have watched: a Palestinian classroom, usually in Gaza, and full of children as young as 5 or 6 years old. The children are dressed as terrorists. They are singing but it is no ordinary ballad. Their soprano voices sing about death and martyrdom, the murder of Jews and the destruction of Israel.

For years, we have watched these videos with sadness and anger. The indoctrination of innocent children leaves us with a sense of foreboding. If this is a harbinger of our future, how will we stave off another generation of forever war?

As a people, we have seen this pattern through the ages and long before Gaza’s UNRWA schools started inculcating Jew-hatred. Children are not born anti-Semitic or with genocide in their hearts. They are poisoned in a cycle of transgenerational anti-Semitism that is all too familiar to us.

We suffered through this in Europe, in czarist Russia, in Nazi Germany, in North Africa, and in a hundred other places. In pre-war Germany, we watched helplessly as platoons of Hitler Youth children marched through Jewish neighborhoods singing about our coming slaughter.

The scene of children singing about Jewish death and suffering has just played itself out again, but not in Gaza. At the end of April, it came to the United States.

The joyful voices of schoolchildren at the Muslim American Society of North Philadelphia came together to sing about the “blood of martyrs,” “chopping off their heads,” “liberating the sorrowful and exalted Al-Aqsa Mosque” in Jerusalem, and “subjecting them to eternal torture.”

For the uninitiated, “them” and “their” means us, the Jews. Such an open call in the U.S. before an audience largely composed of American teachers, parents and community members shocks the conscience.

Following the performance, the center’s staff posted the video on their official Facebook page for parents, as if it were just another school performance.

These schoolchildren were also not Palestinians but mostly natural-born U.S. citizens. They are the sons and daughters of Muslim immigrants. The majority of their families recently arrived from Arab and North African countries. Along with an estimated 3 million others, most of the U.S.’s Muslim community immigrated to the United State in just the past 25 years.

Another crowning disgrace of this episode is its location. Philadelphia is home to one of America’s oldest Jewish communities. It predates the republic itself. The community is today one of the largest in Diaspora. The Philadelphia Muslim American Society is located just miles away from dozens of synagogues and tens of thousands of Jewish homes.

Yet we have seen this identical set of facts a thousand times before, right down to the director’s contrition. The problem is that some meaningful percentage of Hammous’ organization and its membership are apologetic not for the performance. They are apologetic for getting caught.

The Philadelphia Islamic center incident must be considered side by side with the April 27 Poway, California synagogue shooting in understanding the growing and rapidly evolving threat to the American Jewish community. I cannot underestimate the hardship, suffering, violence and possibly murder that our children we will face 20 years hence here in the U.S. We must stop extremists from passing on to innocent American children Jew-hatred and violence. If we fail, it will be at our peril.

Unlike Gaza, we have options in the U.S. to fight the poisoning of Muslim youth. Recent immigrants and naturalized Americans who import and seek to transfer extremist violence must be dealt with swiftly and severely.

The easiest cases are those in which recent immigrants have yet to be naturalized. Extremist immigrants who attempt to teach U.S. children violence must be deported. Deportation hearings for offenders like these should start occurring via video conference from the offender’s home country.

Haters who have regrettably been naturalized as U.S. citizens will need to be dealt with in the criminal justice system. There appears to be an applicable state crime: contributing to the delinquency of a minor (CDM). All 50 states have CDM statutes.

State and municipal child protective agencies should also take note. They should use CDM statutes and civil injunction to protect Muslim children and the Jewish community. State legislatures can also expand the reach of CDM statutes to give standing to Jewish and Muslim advocacy and community groups.

The incident in Philadelphia must be the last one of its kind on U.S. soil. The alternative is in plain view in Gaza. Will this be the beginning of another forever war? Or will Jews, Muslims and government agencies in America work to break this soul-destroying cycle of Jew-hatred and violence from embedding itself in America?

Chris Robbins lived in Philadelphia for 30 years. He now lives in Evergreen, Colorado, where he is a real estate developer and writer about politics and Middle East issues. 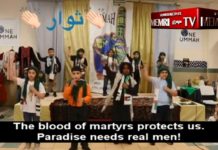 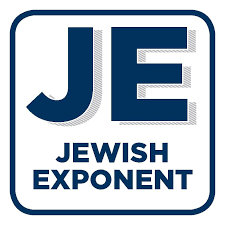