Jim Drucker has a penchant for being in the right place at the right time.

Take this meeting, for example. Drucker was sitting at a Philadelphia 76ers game at the Spectrum in 1976. His father, Norm, was a few decades into his career as an NBA referee, and was one of the most respected refs in the game (to the extent that a referee is afforded respect).

Since Jim was young, he’d been able to follow his father to the national Game of the Week on ABC on Sundays; once, as a little boy, he ran to legendary Celtics’ coach Red Auerbach’s side to let him know that ABC needed a television timeout (Auerbach obliged). The first time he was ever at Madison Square Garden, one of the holy places of NBA basketball, he thought his dad owned that place. When he blew that whistle, everyone seemed to listen.

But back to the Spectrum. Drucker, then teaching at Temple University as he pursued his master’s degree in law, struck up a conversation with a man in his row. Turns out, he was a lawyer for the NBA, and was familiar with Norm, who was a longtime New York City public school teacher and principal before he became a referee. The man asked Drucker if he ever considered getting into the pro basketball game. Drucker bit his tongue, knowing what a shaky business the NBA remained from his father’s tenure.

How about this, the man said to Drucker. There’s a little something called the Eastern League, an NBA farm league that’s nearly out of business. It could use your help. Drucker promised he’d follow up.

The man was David Stern, who would go on to become the commissioner of the NBA and lead the league to international prominence during his tenure. Drucker, meanwhile, did so well in his legal work for the Eastern League that he was eventually named commissioner; by then, it had been renamed the Continental Basketball Association. The values of every team shot up, new franchises were added and a “bottom of the barrel league,” as Drucker put it, became a profitable business.

Born in Brooklyn, he’s the son of Ukrainian immigrants who made it to the United States “with 12 cents in their pockets,” according to Drucker.

“They loved the U.S. and believed anything was possible,” he said. “Two generations later, it’s me, as part of the American dream.”

Drucker’s parents drilled the importance of education into his head when he was young and growing up in East Meadow, New York, dropping hints with the subtlety of flaming meteors about who they’d heard was getting their medical degree, or who had just passed the bar. He took the hint, and after his time at SUNY-Buffalo, he was accepted to the Duke University School of Law.

Talk about a culture shock for the lifelong New Yorker, whose life was an endless succession of New York and Long Island Jews.

“In NYC, in the east, in Philly, it’s go-go-go-go, aggressive, aggressive. All of a sudden, it was laid-back and slower-paced and, ‘Howdy, thanks for coming into our shop, how can I help you?’ It was polite. In 1970, Durham, it was the old South. We would joke that if you wanted to relive the ’50s, come down and visit us.”

Big-city life came calling again, and he moved to Philadelphia to get his LL.M. ahead of the meeting with Stern. If not for that meeting, Drucker said, he’d probably be teaching law somewhere. His tenure was a tremendous success, and taught him much of what he knows about business

When he was done with the leading the league in 1986 (“burned out completely”), he transitioned to finding television audiences for the CBA. He came to be familiar with soon-to-be legendary ESPN anchor and commentator Bob Ley, who called games for the CBA for two years. In 1989, Drucker left the CBA, and soon after got a call from Ley.

Rumor had it that Pete Rose was going to be suspended by Major League Baseball for gambling on games. If you were Rose’s lawyer, Ley asked him, how would you defend yourself? Drucker thought about it, jotted some notes down and sent them to Ley.

The following week, SportsCenter called Drucker, and asked him if he would give some advice to Chris Myers, now a Fox Sports figure, about how to address the legal questions on air. He one-upped them, and said that he’d like to simply say what needed to be said on-air himself. After some hemming and hawing, he got his time, and so impressed his producers throughout the next few weeks of the proceedings that he was given a three-year contract to become a legal correspondent for the league. And by the way: He also broke the news that Rose would be suspended for life.

He left ESPN to become the commissioner of the fledgling Arena Football League on June 1, 1994. Two weeks later, he got a call about covering the fallout from O.J. Simpson’s white Ford Bronco chase. He respectfully declined; besides, he thought, how long could the trial go on?

He spent a few years with the AFL, before selling the team that would become the Philadelphia Soul to Jon Bon Jovi. For the first time in 20 years, he found himself with nothing to do over the summer. Finally, his wife, Fran, said he could move those big boxes of comic books out of the house.

His mother had been begging him to do the same since 1969. OK, he said. After he got a lowball offer on a collection he believed to be worth at least $10,000, he turned to a little thing called the World Wide Web.

Only 2 percent of Americans had bought something online at that point. But Drucker had a hunch, mostly based on the success of an online bookseller called Amazon, that selling comics to customers all over the world could work. The site was up and running on Jan. 1, 2000. That night, it had three orders.

In the 20 years since, the stockpile of comics owned by his website, NewKadia, has grown to close to a million; in 2017, it sold 250,000 comic books. All in another job’s work for Jim Drucker. 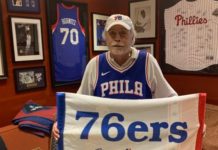 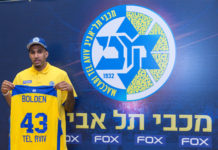