Violinist Philip Kates of the Philadelphia Orchestra serenaded the crowd inside Congregation Rodeph Shalom on April 28, while Cantor David Wisnia, an Auschwitz survivor, joined in with “El Maleh Rahamim” washing over the hundreds of listeners at the 55th annual Holocaust Remembrance Ceremony.

Gocial spoke about the importance of the Horwitz-Wasserman Holocaust Memorial Plaza, where the ceremony was originally planned to occur until it was moved indoors due to weather. While the monument serves as a reminder of the horrors of the Holocaust, she said events like the ceremony and other educational programs are vital in ensuring the memory of the tragedy survives.

“For many of us, the monument is personal,” Gocial said. “It represents our relatives lost to the brutal Nazis. The children of survivors and subsequent generations live with that loss. We know all too well the effects of growing up with ghosts, the ghosts of grandparents, aunts, uncles and cousins we will never know. We committed ourselves to work towards educating our communities about the realities of hatred. We work with like-minded people to discuss the growing fear and vision in our country. We joined in saying never again, but the monument is not enough. The world must know about the horrors our people endured.”

Jewish Federation Board Chair Susanna Lachs Adler then spoke of the importance of continuing to remind the world of the atrocities that the Jewish people have endured and to stand against all forms of hatred and bigotry. Whether it be anti-Semitism, racism, Islamophobia, homophobia or xenophobia, she said, people should stand up against all instances of baseless hatred.

“We observe Yom Hashoah this year amid a tide of worldwide anti-Semitism that continues to rise. The scale and brash nature of anti-Jewish bigotry and hate crimes is alarming. But this is not only a startling emergence of an old prejudice. Today, anti-Semitism is coming from all political extremes and it is shamelessly moved out into the open all over the world,” Lachs Adler said. “This growth in anti-Semitism also include disturbing anti-Israel sentiment, about which we need to be very concerned and vigilant.

“Given what the world looks like in 2019, this day of collective and public remembrance becomes all the more important. We must stand up and speak out.”

Galit Peleg, head of the Department for Public Diplomacy and Academic Affairs at the Consulate General of Israel in New York, noted that despite the victory of having a home for Jewish people, acts of violence like the Pittsburgh synagogue shooting and the recent shooting at Chabad of Poway in Southern California show there is more work to be done.

“Keeping thriving Jewish communities around the world is the strongest and sweetest victory of the Jewish people,” Peleg said. “And yes, things have changed since the establishment of the state of Israel and, yes, Jews can keep their heads higher, even wearing a kippah, knowing that they have a national home. But again, only yesterday we heard of a woman named Lori Gilbert-Kaye, who was killed just because she was Jewish in America in 2019.

“Only six months ago we witnessed the horrible massacre of 11 victims in Pittsburgh, that all their crime was that they were Jews. And I realize one victory, as big as it is, is not enough. This war on hate and anti-Semitism has so many battles to win.”

Other presenters included Maureen Pelta, chair of the the Mordechai Anielewicz Creative Arts Competition, and 2018 competition winner Colette Cavzos, an 11th-grader who performed a piece on the violin. Representing the Religious Leaders Council of Greater Philadelphia at the event was Rev. Canon Sarah Hedgis of Philadelphia Episcopal Cathedral and Rev. Todd Stavrakos of Gladwyne Presbyterian Church. 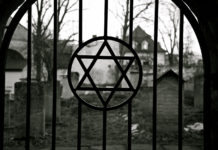 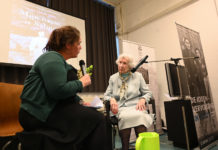 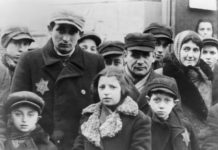