Update: The location of the Holocaust Remembrance Ceremony has been moved because of the weather forecast. It will now be held indoors at Congregation Rodeph Shalom at 615 N. Broad Street.

This weekend, the Jewish Federation of Greater Philadelphia will gather with community members for the 55th annual Holocaust Remembrance Ceremony, which will be held from 1-2:30 p.m. on April 28 at the Horwitz-Wasserman Holocaust Memorial Plaza at 16th Street and Benjamin Franklin Parkway.

“What it’s all about is honoring the survivors, and the people who we still have left here, which is dwindling,” said Marc Prine, a member of the Memorial Committee for the Six Million Jewish Martyrs of the Jewish Community Relations Council of the Jewish Federation of Greater Philadelphia. “Most of these people are in their mid-90s, a little bit older, so it’s recognizing them. It’s a very important event that we do in our community, and it’s only going to get more important with the less survivors that we have.”

Prine, whose grandfather was a survivor, said he wants to make sure survivor stories get told, even after they’re gone. He wants his children to know what people like his grandfather went through to keep the story alive.

This will be the first remembrance ceremony since the Memorial Plaza was unveiled a year ago. Since 1964, this triangle patch has been home to the Six Million Jewish Martyrs statue, the first public memorial in the country in remembrance of the Holocaust. In October, a $9 million renovation project was completed.

Several components were added to the site, such as an eternal flame representing the commitment to remember the tragedy, six pillars for each million Jewish victims, original train tracks from the railroad adjacent to the Treblinka concentration camp and a grove of trees representing the woods where people hid from the Nazis. Prine said the site’s tree, grown from a Theresienstadt sapling, has great meaning.

“This tree lasted and survived, it’s just an incredible story,” Prine said, adding the tree shows that “basically, in a time of a terrible situation and death and all these things, we can still bring life to the world.”

The ceremony’s speakers will include Jewish Federation Board Chair Susanna Lachs Adler, Memorial Committee for the Six Million Jewish Martyrs Chair Sarita Gocial and Galit Peleg, head of the Department for Public Diplomacy and Academic Affairs at the Consulate General of Israel in New York. Representing the Religious Leaders Council of Greater Philadelphia will be Rev. Canon Sarah Hedgis of Philadelphia Episcopal Cathedral and Rev. Todd Stavrakos of Gladwyne Presbyterian Church.

The event will include musical performances by the Keystone State Boychoir and Nashira, Philadelphia’s Jewish Choral Ensemble. The event is held in partnership with the Philadelphia Holocaust Remembrance Foundation, Association of Jewish Holocaust Survivors of Philadelphia and Philadelphia Parks & Recreation.

“It’s a beautiful space that’s open to the public and we encourage people to go,” Prine said. “We invite the entire community. This isn’t a Jewish event; this is a Philadelphia event.” 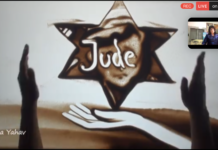 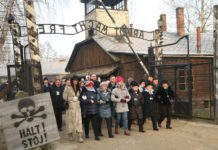 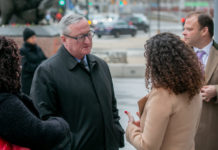