Shortly after white supremacists rallied in Charlottesville, Virginia, in August 2017, chanting “Jews will not replace us,” Steve Bannon’s time in the White House came to an end.

The former chairman of Donald Trump’s presidential campaign headed back into a world where he was free to pick his own political fights, rather than be beholden to a single administration.

Klayman, a graduate of Jack M. Barrack Hebrew Academy (Akiba, when she was there), wanted to make a documentary about the mysterious Bannon, whose life had taken him from the Navy to Goldman Sachs to directing a movie starring Phil Robertson of Duck Dynasty. Over the year she spent with him for her new movie, The Brink, he endeavored to forge alliances among right-wing populists in Europe, elect Judge Roy Moore to the Senate and advise GOP candidates in the 2018 midterm elections. Klayman’s camera is with him every step of the way, taking private jets and sitting in on meetings with Nigel Forage.

What Klayman found was a man who, though he’s not as close to the levers of power as before, has made an indelible impression on U.S. politics.

Q: Why did you want to make a movie about Steve Bannon?

A: Because it was going to be an opportunity to see behind the curtain. Not only did it end up being the far right in the global sense, the fact of the matter is that he’s the mainstream of the Republican Party as well. And that’s an incredible opportunity to see what their strategies are, who their supporters are, who he’s working with.

It frankly was an opportunity to take on a really big figure like this and see what he was about. I didn’t have some personal fascination with him. This was an opportunity that was presented to me with that level of access, and the reason I immediately said yes was just because it was kind of like the real-world opportunity to document for history as well as expose for people today what in my mind is the banality of evil.

Q: And what you learned is it’s mostly about downing Red Bulls and quoting Gramsci, as Bannon does in the film.

A: (Laughs) Yeah, right? What was also great is that I genuinely didn’t know what he was going to be like at all, so in that sense everything was a surprise, even though by the end I could finish his sentences, straight up. Because his stump speech is basically just, like, trying out a bunch of emotionally evocative lines to see what sticks, and he has greatest hits.

And, as more time went on, I realized, this is really just playing cultural identity politics. This is a lot of selling of ideas, trying to get people on your side, though the ideas themselves felt pretty thin, and they all centered around deregulation and a cruel and xenophobic migration policy and immigration policy for the West.

Q: Bannon says there’s no one who understands Trump the way he does. Obviously, he’s prone to some degree of self-aggrandizement, but there does seem to be some truth to what he’s saying.

A: Bannon has a really good emotional intelligence, but I don’t know if that’s how he’s charming people. He’s actually very, very good one-on-one. So through that, maybe, you can imagine that he is a little more sophisticated than some of the other people in Trump’s orbit. He was always incredibly politic, and careful to never say anything bad about Trump in front of me or in front of the camera, which always to me felt very deliberate and not always factual.

Because he had a lot of frustration, that’s part of why he left the White House. It was frustrating that he wasn’t able to exert more influence. Once he was there, there were other people in the administration and he wasn’t the top dog, so Bannon has more insights than some of these other guys into Trump. But Bannon, too, is a lone wolf. Maybe that’s not the right word, but he does come off as rather a solitary figure, ultimately.

It’s more like he needs to be — he would bristle at having a boss. And Trump’s also someone who’s used to getting his way. When he’s like, “He’s not your friend,” I wondered if he knows that because — I read more animosity into that than just understanding Trump.

Q: Bannon seems to believe that all press coverage is good for him. And even when it appears that he’s getting the screws turned on him — whether on Piers Morgan’s show, or in an interview with The Guardian — he still seems to regard those as victories. How did that attitude affect your understanding of his relationship with the media, and do you think he sees this movie as a victory for himself?

A: I don’t think he sees this movie as a victory. This was something that really, really concerned me, and I’ve thought about every day, the question of, how do you cover someone like this? You can see why he is so close to power. When he talks about using the mainstream media — I mean, I put that in there because I was like, let’s be having these conversations.

Documentary is different than journalism, and what he’s talking about is being able to dominate the news cycle, to kind of have the stories framed in the way that he puts them out there to the reporters. … When it comes to documentary, it’s a different project. It’s not about, you just have to keep up with the cycles, you just have to get a new quote. It’s about holding someone accountable and watching them for a long time to hold up their actions against their rhetoric. 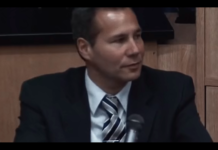 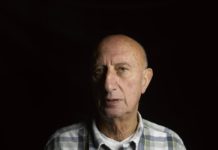 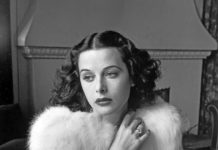