Rarely, if ever, has a sitting American judge spoken out publicly on the threat of anti-Semitism in America. Here, Justice David N. Wecht, a judge serving on the Supreme Court of Pennsylvania, speaks out about what he perceives to be a national crisis.

Wecht and his wife were married at the Tree of Life synagogue in the Squirrel Hill neighborhood of Pittsburgh, where he grew up. Tree of Life was the site of the Oct. 27 attack in which 11 Jews were murdered by a white supremacist.

Q: Justice Wecht, in our talks over the past six months, you seem concerned and troubled, almost horrified, by rising anti-Semitism, particularly in America. How has this concern come to you so urgently?

A: I’ve always been firm in my Jewish identity. That hasn’t changed. What’s changed is a tolerance for anti-Semitism here in America. There’s clearly an increase in the expression of hatred toward Jews in America.

Q: As a judge, as a practical matter, can you actually do anything to address your concerns about rising anti-Semitism?

A: The one-word answer is no. It’s not the bread and butter of my professional work. My job as an appellate jurist doesn’t involve addressing these topics, and so I address them in my personal time and my personal life. I don’t deny that this is somewhat frustrating when anti-Semitism is rising so clearly. So what I can do is this: I can speak and write about anti-Semitism.

Q: What if a matter comes before you where anti-Semitism or anti-Zionism, or both, are an issue in a case? What do you do to deal with your personal beliefs — your “priors,” in Judge Richard Posner’s term — that might, consciously or unconsciously, propel you in one direction or the other?

A: The Constitution and laws are the same for anti-Semites as for anyone else. That’s why the Nazis could march in Skokie, just like any other bigots. Jews do themselves no favors when they weight the scales of justice. I’ve never had to recuse from a case on account of my Jewish identity. I’d be surprised if I’d ever feel compelled to do so. That’s not what America is about.

Q: Assume you weren’t restricted by the ethical constraints regarding what a judge can do. How would you change society to address rising anti-Semitism? What would you want “the law” to do to help stem this troubling tide?

A: I don’t really think the question is primarily what the law can do. The problem is principally one of education and political action. I’m appalled by the cowardice of political leaders regarding the issue. The opposition to anti-Semitism shouldn’t be a partisan matter. And the failure of political leaders to call it out is appalling. Jewish leaders, too, are often timid. They should learn the lessons of history.

Elected officials, Jews, faith leaders (who, to their credit, came forward in the wake of the massacre in Squirrel Hill), should speak and work vigorously against anti-Semitism. I coincidentally heard a radio interview this morning of a freshman congresswoman. She was going on and on about all manner of things, and was finally asked about the recent controversy involving Rep. Omar’s statements. And, all of a sudden, this very talkative representative said, “No comment.” That’s all she said, several times.

I found that appalling. The idea that an elected member of the Congress has no comment on anti-Semitism is beyond the pale. For shame. Remember: This tolerance of anti-Semitism is occurring within the lifetime of Holocaust survivors.

Q: So what could Congress do? What would you have wanted to see the Congress do with Congresswoman Omar?

A: Any member who engages in such rhetoric should be disciplined. Period. And people of all parties should speak to it. In this case, Republican leaders have spoken out firmly, but not so much Democratic leaders. I’m a registered Democrat; I ran and was elected as a Democrat. It’s utterly disgraceful that the Democratic Party is so timid about this. The whole idea that the fight against anti-Semitism could ever depend on one’s party should horrify any American. This should not ever be a partisan issue. It cannot be.

Something’s changed both on the right and on the left. People are increasingly willing to voice anti-Semitic sentiments. And when people, particularly leaders, don’t publicly oppose anti-Jewish speech, hatred against Jews festers and grows. And that’s why this is a critical time in America.

Q: You’re particularly troubled, I know, by the BDS movement. What can be done to address the campus crisis today?

A: First, the law must deal firmly and forcefully with violence and with threats of violence. Second, university administrators must act and speak vigorously against Jew-haters on their campuses. It’s been very disturbing to see how weak and cowardly many college presidents have been in confronting anti-Semitic events and expressions occurring right under their noses.

And there’s another dimension as well. It’s even more disturbing, because it cuts close to home, because it’s about us.

Part of the campus problem today lies at the feet of Jewish parents for failing to educate their children to be Jews who speak up for themselves, who advocate for Jewish interests and who support the U.S.-Israel relationship. If those who hate Jews see that many Jews themselves are ashamed to be Jewish, those haters are only encouraged to express more anti-Semitism, more anti-Zionism. Many of those who attack Israel and express anti-Semitic sentiments on campus are emboldened by the cowardice and the ignorance of Jewish students who are ashamed to be Jewish.

A: Yes, I’m convinced that they are. Anyone who knows Jewish and world history should know that an attack on the Jewish state as a Jewish state is an attack on the Jewish people. Anyone who has ever read the Bible knows you can’t separate it from Eretz Yisrael. When Jews pray, they pray about Zion and the land of Israel. Unfortunately, many Jews today are brought up knowing nothing about Judaism. It’s ironic to think that many people on campus and elsewhere invoke their own Jewish identity to attack the Jewish state. I’m entirely confident that the grandchildren of these people will not be Jews.

People have an absolute right to criticize any government, including that of Israel. It’s curious, though, that these criticisms are only ever about Israel, and obsessively so. When a person or a group compulsively and habitually criticizes only Israel and ignores all of the massive atrocities elsewhere in the world, that’s an indication to me that they’re obsessively focused on Israel and likely anti-Jewish, yes.

Q: Are we Jews as much responsible for our plight as it relates to anti-Semitism in that we have a greater duty to stand up for ourselves than we have exhibited thus far?

A: No. The levels of responsibility aren’t in equipoise. First and foremost, the responsibility for expressions of anti-Semitism must be laid at the feet of those who make those expressions. And obviously the greatest responsibility rests with those who engage in actual violence, like the gunman who killed 11 Jews (some of whom I knew personally) in the synagogue where my wife and I were married, in Squirrel Hill, where I grew up.

I don’t believe that there are no distinctions between actions and speech, or that there are no distinctions between different levels of hatred. Or different levels of ignorance. Or inaction. The distinctions are important, in both moral and practical terms. I do believe that Jewish history teaches that we have a responsibility to stand against anti-Semitism, to educate our children, and to not allow the horrors of history to repeat themselves. Emil Fackenheim, the great philosopher, said that, after Auschwitz, there’s a 614th mitzvah, a new commandment: “Jews Shall Not Give Hitler Posthumous Victories.” 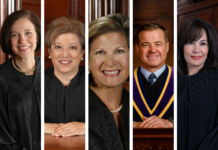