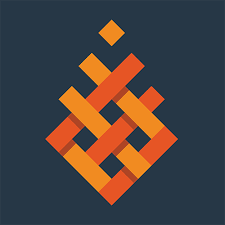 The Jewish Federation of Greater Philadelphia’s annual report on its financial resource development concluded that 2018 was a significant year — and sets the stage for its fundraising efforts this year. “This report is a great way for us to both share and explain the numbers,” said Melissa Greenberg, chief development officer at Jewish Federation. “Everyone should recognize that we have a community of enormously generous people that care deeply about the work of the Jewish Federation, taking care of our Jewish community, and our community’s future.”

Ram Cnaan, a professor of religion and social policy research at the University of Pennsylvania, noted that the Jewish Federation’s rising commitment to overseeing DAFs is a choice being made by Jewish Federations across the country. “In direct donation, you lose control of the money once you give it. In endowment, you have to give a certain percent every year to charity. A DAF is a charitable vehicle in which you can leave the money for as long as you want,” he said. “You may direct a DAF to pay it all now or in 10 years. It gives the donor flexibility as to when and how much to distribute with limited legal pressure. “It is a trend not only in Jewish Federations and other religious organizations but all over,” he continued. “Fidelity has a charitable arm that is composed of DAFs, and it is one of the largest sources of support for nonprofit organizations.”

Greenberg noted that while this may be a new trend for other organizations, Jewish Federation has offered DAFs since the 1970s. It maintains more than 250 individual funds at the moment. “People can give to a lot of different places,” Greenberg said. What will separate Jewish Federation from the pack, she believes, is its commitment to helping donors understand the range of options and uses for their contributions, and most importantly their philanthropy is focused through a Jewish lens.

Looking ahead to next year’s campaign, the Jewish Federation leadership team will include Holly Nelson, who will reprise her role as campaign vice chair. She said fresh messaging and working closely with key volunteers will help to increase contributions to the annual campaign. “In order to respond to all our needs across the community, it’s important for us to ensure that the Annual Campaign is robust,” she said. “Our job is to make sure this message comes across.”