Illustrators to Be Highlighted in Jewish American History Month

The month was established in 2006 by presidential proclamation and is designed to encourage people to gain inspiration by the 360 years of Jewish life in the United States.

“The stories of American Jews are woven into the rich history of this diverse nation,” said Ivy Barsky, CEO and Gwen Goodman Director of the National Museum of American Jewish History, the lead sponsor of JAHM. “By celebrating JAHM, we honor the values of inclusion, acceptance and religious pluralism cherished by this country.”

Two Jewish women involved in Philadelphia’s art scene will be recognized at the debut of the Philadelphia Fine Art Fair on April 4.

Wind died at 76 in 2014. An accomplished sculptor in the medium of scrap metal, she exhibited her award-winning work widely over the years, including the Nexus Gallery and the Woodmere Art Museum, where her work is in its permanent collection.

Sherman, 84, is a former English teacher who has collected art for more than 60 years. 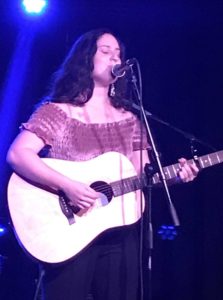 The third annual Maxie’s Hot Chocolate House benefit concert featuring teen bands and solo acts is slated for 5-7 p.m. on March 31 at 118 North in Wayne. Tickets are $8 in advance and $10 at the door.

All proceeds from the ticket sales, chocolate refreshments and donations will go to LiveConnections, a Philadelphia nonprofit in residence at World Café Live that provides collaborative music-making opportunities for public school youth and people with disabilities.

The show is organized by Maxie Mandel, a 14-year-old singer-songwriter, who serves as hosting emcee, performer, networker, talent scout, communications lead and production manager. The first event took place at Congregation Beth Am Israel — where she was a Bat Mitzvah — in Penn Valley, and last year at Radnor Middle School.

Evolve IP will receive the Philadelphia-Israel Chamber of Commerce’s Technology and Innovation Award on April 3.

Wayne-based Evolve IP operates in cloud technology and has streamlined both cloud computing and communications services for a variety of clients, including Ford, Marriott and Virgin. The company has more than 420,000 users worldwide.

Two years ago, Evolve IP set up operations in Israel.

“We couldn’t be more pleased with the team in Israel. Not only did they innovate and create a fantastic technology, they continuously collaborate with our global product and development teams to drive and nurture its advancement,” according to Evolve CEO and founding partner Guy Fardone. “Today the intellectual property they created is being used by thousands of customer service agents to help companies build lasting brands through world-class customer experiences.”

The 14th annual Cherry Hill Volvo Cars Jewish Film Festival of the Katz JCC opens on March 31 and will feature 22 films during its week-long run, as well as several guest speakers.

The festival kicks off March 31 with The Samuel Project, a family-friendly dramedy. Samuel reconnects with his grandson, Eli, when he is made the subject of Eli’s high school project. He tells a story he has kept secret for 75 years.

Sammy Davis, Jr: I’ve Gotta Be Me premieres on opening night. The documentary examines Davis’ talents and journey for identity in an era of civil rights and racial progress.

Documentary After Auschwitz follows six extraordinary women, capturing what it means to move from tragedy and trauma toward life. It will be screened on April 2.

The closing night on April 7 features The Last Suit, a drama that centers on Holocaust survivor Abraham who decides that the moment has come to fulfill a promise. He travels to Poland to search for a man who saved him from certain death at Auschwitz.

Rabbanit Hadas “Dasi” Fruchter celebrated the South Philadelphia Shtiebel’s new space at 1733 East Passyunk Ave. on March 17 with a mezuzah hanging and small private gathering, attended by about 20 people who had previously expressed interest in the organization.

This location serves the organization well because it’s handicap-accessible, centrally located in South Philly and the site of frequent foot traffic, said Fruchter, an Orthodox clergywoman who goes by the title “rabbanit.”

According to its site, the Shtiebel will serve as a place to celebrate Shabbat and Jewish holidays, participate in learning opportunities and mark lifecycle occasions. It will be a space for Jews of all backgrounds and support the area’s growing Orthodox community.

Fruchter is still working full-time as the assistant spiritual leader at Beth Sholom Congregation and Talmud Torah in Potomac, Maryland, so she is balancing that position with launching the Shtiebel. She will be moving to Philadelphia in June to devote more of her time to the Shtiebel, or casual place for prayer.

“Folks, I hope, will be involved and engaged at different levels — those who were there last Sunday and those who weren’t there yet,” Fruchter said. “I look forward to having more gatherings and hearing from more people about what they’re amped to be involved with.”