In October, he was able to return to the Jewish state, with support from Jewish Family and Children’s Service’s (JFCS) B’Side (Brodsky Support for Independence, Development, and Enrichment for Adults with Special Needs) Adult Network group. He went for 10 days with a group of 17 other adults with a variety of different disabilities.

It was a trip that Rothman never imagined he would be able to take.

On March 11, the group joined together for a reunion at The Barbara and Harvey Brodsky Enrichment Center of JFCS, where they celebrated with food, music and Israeli dancing. Staff played a video of moments from the trip and set up a photo slideshow. They also played a prerecorded video from the Israel Defense Forces soldier and medic who accompanied their trip; he said he misses them and hopes to see them again.

The reunion included the unveiling of a plaque commemorating the trip.

“This was physically challenging, but I did it,” Rothman said. He added that the trip was particularly meaningful because it overlapped with the anniversary of his Bar Mitzvah.

Like many group trips to Israel, this one included visits to the Western Wall and Yad Vashem; volunteering (with Leket Israel, a food rescue organization); and planting trees with the Jewish National Fund, said Lisa Ney, JFCS director of programs and services for people living with disabilities, who was in charge of the programming.

Unlike other trips, the staff had to make sure the places they went to and stayed at were accessible for people with disabilities, Ney said. They had to get several wheelchairs as well as help the participants, many of whom have intellectual disabilities, get passports and go through international airport security.

Rothman faced challenges in navigating through the Old City of Jerusalem’s cobblestone streets with his walker. Many of the country’s bathrooms, he said, were difficult to use as a physically disabled person. He also wasn’t able to go with the group to Masada.

Ney said that some participants weren’t able to participate in all the activities, which was one of the trip’s challenges.

“The most important piece was having staff who worked with our clients on a regular basis, who know them and were able to be there to support them and help them with any needs,” Ney said.

The participants already knew each other and the staff beforehand through B’Side. JFCS takes the group on trips to cities like Baltimore and New York City for a few days at a time, in addition to providing these clients with volunteering and other enrichment activity opportunities. This was the first time the group went on an international trip.

The idea came out of one of their shorter trips two years ago, Eisenberg said. The group was heading to Washington, D.C., when a staff member mentioned to Brodsky that it would be nice to be able to take them to Israel.

That was all Brodsky needed to hear. The next thing Eisenberg knew, they were planning a trip to Israel.

“It was daunting, but where there’s a will, there’s a way,” Eisenberg said. “She was really passionate about it. … Her passion and her desire, our wanting to do everything we can for those we serve, there was no way we weren’t going to do it..”

It was most of the participants’ first time in Israel, Ney said.

Barbara Brennan was one of those first-timers.

“I never imagined in my life that I would make it there,” she said. “You dream of all kinds of things but you never imagine that you would get there.”

For her, the most meaningful part was planting a tree with JNF, which she did in honor of her late son, who always wanted to go to Israel.

There were many more people who expressed interest in the trip than who were able to come, Ney said, but they were limited by budget, staff and resources. Those who signed up first had priority, and the staff needed to make sure that participants would be able to handle the trip’s challenges.

The group will next head to Boston for a three-day in the fall, Ney said.

And will there will be another trip to Israel in the future? 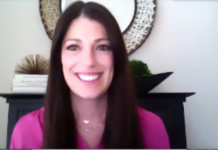 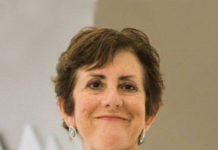 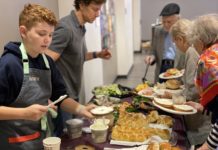