Cynthia Silber didn’t marry Eric Key back in the 1970s — when they were college kids in love —because he wasn’t Jewish and her father strongly objected.

So the Elkins Park couple has a good time imagining Silber’s father’s reaction to their 2018 Jewish wedding, which came after both were divorced from long marriages to other people — and followed Key’s conversion to the faith (ironically, after a prior marriage to a non-religious Jewish woman).

“We joke frequently about my father spinning in his grave,” laughed Silber, a physician.

Their May nuptials near Rittenhouse Square epitomized the particular joys of marriage later in life. Silber eschewed a gown in favor of a white linen Nicole Miller cocktail dress; the couple walked down the aisle to the Grateful Dead.

“At 60, I got married completely for myself,” Silber reflected. “My parents are gone. There’s no thought of having more children.”

There’s also no one way to remarry nowadays. In generations past, a white dress was taboo for a second-time bride, and the celebration was expected to be modest.

One element that does tend to distinguish later marriages: “It’s more of a family focus,” Barness said. Brides and grooms often come to the nuptials with children, even grandchildren. In place of fraternity brothers or college girlfriends, wedding parties are now more likely to feature daughters, nephews and cousins. 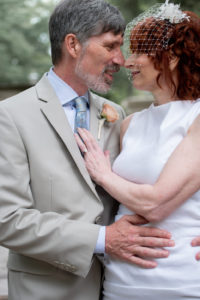 Such ceremonies honor the reality that relatives, rather than friends, play a more prominent role in middle-aged lives. Silber’s maid of honor was her 25-year-old daughter, a niece served as bridesmaid and her 28-year-old son walked her down the aisle.

The latter is as close to a remarriage convention as anything, with grown children standing in, literally, for fathers and mothers who escorted the couple the first time around.

“Their own parents might not be with them, so they’re flipping it a bit,” said Susan Norcross, a veteran wedding planner who owns The Styled Bride in Philadelphia. She recently planned a third-time wedding for roughly 60 people at a family home, with an adult son walking the bride down the aisle. “It brought everyone together in a location that had nice memories for everyone,” Norcross said.

Family may be more prominent — but for many second-time brides and grooms, the absence of parental involvement feels liberating.

“It was a lot less stressful than the first time,” admitted Philadelphia attorney Sandy Mozes of his third marriage, in 2006, to Clare Kahn. Mozes recalled “a lot of tension between the two sets of parents” for the earlier occasion, along with a guest list weighted heavily toward an older generation. “When you’re a young bride and groom, you get a lot of parents’ friends and extended family,” said Mozes, who is now 67.

For the couple’s more recent nuptials, “it was everyone we knew and loved,” said Kahn, 64, a British-born biochemist. Only a few dozen people were present for the ceremony, in the chapel at Temple Beth Zion Beth Israel; afterward, the couple walked across Rittenhouse Square for a brunch with 130 friends.

“We didn’t want a big display,” explained Kahn, whose son and daughter from her first marriage gave her away. “This time around, we felt like we shouldn’t make a fuss of ourselves so much as have an enjoyable time.”

“I tried on various dresses and kept on saying, ‘This is too wedding-y,’” Kahn recalled. She finally settled on a straight, tea-length dress in off-white silk.

“You should wear what makes you happy,” Solomon advised. “If that’s the gown you never wore for your first marriage? Wear it now.”

Second- or third-time brides are more likely to be able to afford the dress of their dreams — and this time around, they’re freer to choose between a fairytale gown, a chic suit or a vividly hued cocktail dress.

“Maybe their tastes haven’t changed,” Solomon pointed out. “Or sometimes they’ll ask, ‘Should I not be in something so white?’ Quite frankly, many people don’t look great in white. Color is often a better option.”

Sunny Rosenstein, an Elkins Park Jewish educator, wore mauve to her third wedding — which, like her first two nuptials, was an Orthodox ceremony. The dress color wasn’t the only difference.

“When you’re 21, it really is about the wedding,” said Rosenstein, 65, who made her own white dress for her first wedding in 1975. “When you’re 40, it’s definitely about the marriage. The wedding itself is so much less important.”

About 75 people attended Rosenstein’s 1994 wedding, which in Orthodox circles is considered tiny, she said. “For comparison, our daughter’s wedding was over 400 people just for the ceremony,” said Rosenstein, a member of Mekor Habracha in Center City, “and another 200 for the sheva brachot (seven traditional blessings) later that week.”

“They’re not necessarily looking to have 300 people, all their business colleagues; they’ve done that already,” she said. “They’ll still have a cocktail hour and music, but not a 15-piece band. It’s something with a dinner party feel, where they can spend more time with the people who’ve come to be with them.”

Degrees of pomp reflect circumstances that vary more than those of first weddings — even if the liturgy, and ritual, remain more or less the same.

“The stories are different, and the couples often have a beautifully refined knowledge of what marriage is and what they are looking for,” reflected Rabbi Eric Yanoff of Adath Israel in Merion Station. He added that the joy of finding love after loss — whether owing to divorce or widowhood — lends “incredible nuance and beauty to that love, and how it is celebrated.”

Loss isn’t always a factor; sometimes, it’s the same bride and groom under a new chuppah. At Temple Beth Zion-Beth Israel, Rabbi Abe Friedman had several recent couples who wed civilly, then wanted a second, Jewish ceremony after one or both members had converted.

“As conversion has decoupled from marriage,” Friedman said, “we’re seeing whole families and couples coming through the conversion process.” The ensuing Jewish weddings, he noted, “are something we’re going to be seeing more and more of.”

All of which casts a different light on the old-time fantasy of marrying once for life.

“People talk about, ‘Finally, you married your bashert,’” said Cynthia Silber, who still has Keys’ love letters from 1979. “But we had very full lives with other people before. It’s just a different time.” ❤

Hilary Danailova is a freelance writer. 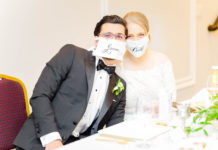 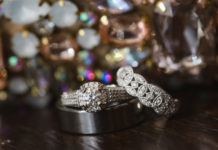 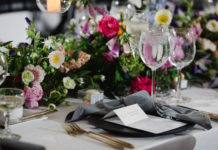