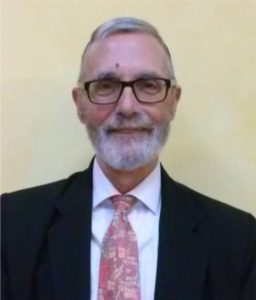 Congregations of Shaare Shamayim will present its first annual Etz Chaim Award to Rabbi Reuben Israel Abraham in tribute to his 30 years of service in Northeast Philadelphia.

A tribute luncheon is planned on March 31 at the synagogue and will feature violinist Claudia Pellegrini.

Abraham was the rabbi of Adath Tikvah-Montefiore in Northeast Philadelphia for 10 years and Congregations of Ner Zedek for nearly 19 years before it merged with Shaare Shamayim.

He also served as Ner Zedek’s cantor for more than 10 years. Abraham served as a rabbi chaplain with the Holy Redeemer Health System for more than 25 years in acute and elder care.

His career also includes 25 years of Navy service as both a supply corps officer and as a Jewish chaplain. He was promoted to a commander in 2010 and retired from the Navy two years later.

Philadelphia writer Aliza Greenblatt was announced as a finalist for a 2018 Nebula Award in the short story category for her work “And Yet.”

The Nebula Awards recognize the best works of science fiction and fantasy and are chosen by members of the Science Fiction and Fantasy Writers of America.

“And Yet” was published by Uncanny Magazine in March 2018.

Greenblatt, who writes as A.T. Greenblatt, is “a mechanical engineer by day and a writer by night,” according to Uncanny.

The book notes that Jewish immigrants to the United States were escaping the regime of the Russian czar, but faced similar discriminatory experiences in ghettos here, which made farming appealing.

The second half of the book is supplemented with 20 additional accounts of the farming colonies of Alliance, Rosenhayn and Carmel; those accounts date from 1882 to 1907.

The John Lennon Songwriting contest began in 1997 and is open to both amateurs and professionals, who compete in 12 categories.

Judges for the most recent contest included George Clinton, Bob Weir, Fergie of the Black Eyed Peas and Natasha Bedingfield. 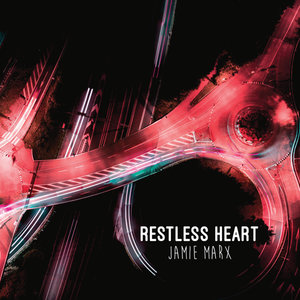 Temple Sholom in Broomall Cantor Jamie Marx will release his second CD of Jewish rock music, Restless Heart, at 7:30 p.m. on March 30 at the School of Rock.

Marx, who was profiled by the Jewish Exponent in September 2017, released his first CD, In Pursuit, that year.

The cantor has long been a fan of rock music and believes it fits in well with Jewish music.

“I felt that there was room to interpret the liturgy and the emotions that our prayers reflect through hard rock in a way that was authentic and meaningful and true to the text,” Marx said in the 2017 interview.

For his senior recital while at cantorial school at Hebrew Union College-Jewish Institute of Religion, he arranged a traditional setting of hazzanut from the Rosh Hashanah liturgy and wrote it as a duet for voice and electric guitar rather than a piano accompaniment.