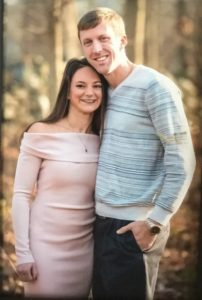 Sari and Roy Greenbaum of Bucks County announce the marriage of their daughter, Erica Samantha Greenbaum, to Philip Stephen Millspaugh, son of Kathleen and Mark Millspaugh of Niskayuna, New York.

Philip is a graduate of the State University of New York-Binghamton with bachelor of arts degrees in biology and music. Phil earned a doctorate in veterinary medicine at Cornell University and is a practicing veterinarian and partner at Farmington Veterinary Hospital in Farmington, New York.

Erica and Phil were married in Poughkeepsie, New York in February 2018.