“Did I really see that?”

That was the thought going through my head as I called the police to report someone relieving himself on the holy walls of my synagogue.

“Don’t you think you are overreacting?” I momentarily challenged myself.

Absolutely not! The synagogue is the sanctuary we come to in order to connect with our better selves. The climax of our daily supplications is called the Amidah. According to the Talmud (Brachos 10b), we pray the Amidah prayer with our feet together.

This is based on Ezekiel’s opening prophecy. He shares with us a vision of the heavenly courts, describing the feet of the angels as “their feet were a straight foot” (Ezekiel Ch. 1, V. 8). By emulating the angels, we are elevating the spiritual parts of our beings. The synagogue is the place where humans act as celestial beings. Yet this ghastly individual used this sanctuary as his personal restroom.

The police were called, and the security camera footage was sent to the media. That’s when the despicable history of the vandal was exposed.

Sheidali Dzhalilov, the perpetrator of this repulsive act, had written on his Facebook page some extremely hateful and anti-Semitic statements. Specifically, he had commented on a video from a Palestinian channel that “this video makes me wanna kill every Jew out there, finish what Hitler couldn’t.”

Dzhalilov was eventually caught and pled guilty to ethnic intimidation, desecration of a house of worship and institutional vandalism.

As a grandchild of Holocaust survivors, it is difficult to express the hurt I felt when I read the appalling Facebook post for the first time. I felt a gnawing pain as I contemplated someone finishing what Hitler couldn’t. Unfortunately, anti-Semitic posts are not uncommon, but for those words to be translated into action at our very steps is a terrifying thought.

On the night Dzhalilov urinated on our hallowed walls, I was watching on the screen as he raised his middle finger at the security cameras. I stared in shock as he disgraced a house of G-d. I was at a loss as to what to do. Should I cower in my office and call the police? Should I chase after him and scream? In the end, I did call the police, but I did so not out of fear but out of responsibility.

There is a phrase that became very popular after the Holocaust. The phrase was “never again.” Apparently “never” is not quite as long as we thought.

The Jewish people are resilient. Three-thousand years of Jewish history has been 3,000 years fraught with persecution and expulsion. Unfortunately, we lost millions along the way but somehow we overcame.

The Holocaust began with a night called Kristallnacht or “The Night of Broken Glass,” when synagogues were desecrated and vandalized. Apparently it happened “again.”

So what do we do? Yes, the judge sentenced the defendant to some jail time. Two months to be exact. Truthfully, though, that doesn’t solve the issue. Not due to its briefness — I actually thought it was fair — but because punishing the perpetrator won’t restore dignity to our house of G-d. Teaching a lesson won’t reverse the reality that our synagogue was used as someone’s toilet.

The only way to restore the dignity that befits our synagogues is by taking the initiative. I am not referring to marches on Washington nor am I advocating picking up signs and taking to the street. I am asserting that change starts from within. I am stating that we must start respecting our synagogues in the way they deserve to be respected.

The sad truth is that many synagogues are almost vacant on most weeks. High Holiday attendance is diminishing by the year. According to the Pew Research Centers Religious Landscape Study, in 2007, 39 percent of Jews attended synagogue weekly and 27 percent seldom or never attended. In 2014, 36 percent attended synagogue weekly and 30 percent seldom to never attended.

It’s time to take a stand. Are you someone who never joined a synagogue? Start going once a year on Yom Kippur. Do you come every Shabbat but step out when the rabbi starts his speech? Stick around; maybe you’ll learn something.

Of course, we need to send Dzhalilov and all anti-Semites a loud and clear message. In no way do I mean to blame the Jewish people for anti-Semitism, but how can we expect others to respect our places of worship when we barely even show up? No one is going to listen unless we have a serious heart-to-heart discussion within our own communities. 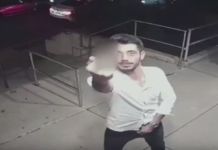 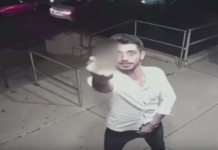 Letters | Firing Hill and an Invitation