The men’s clubs of Adath Israel and Temple Beth Hillel-Beth El are joining forces March 9 for a “Battle of the Bands,” with proceeds benefiting the Mitzvah Food Pantry.

“It’s a great cause and it’s not political for a change,” said Lee Bender, co-president of the Beth Hillel men’s club. “Hopefully, we’re not just attracting people from the two synagogues.”

Rob Zipkin, who plays keyboards in Big Baby, said the other three members of the band played together in bands at Pennsylvania State University in the 1970s, then got back together in recent years. Zipkin joined the band, which plays favorites from groups such as the Beatles, Rolling Stones, Doobie Brothers and David Bowie, about five years ago.

“It’s the music you grew up with,” said Zipkin, who is an Adath Israel member.

Bender said he wasn’t sure what kind of attendance the first-time event will attract.

Those chefs are Tova du Plessis, owner of Essen Bakery, in the Outstanding Baker category, Rich Landau of Vedge restaurant for Best Chef: Mid-Atlantic, and Marc Vetri for Outstanding Chef.

In addition, Zahav restaurant, which serves Israeli food and is owned by Jews Michael Solomonov and Steve Cook, was nominated for Outstanding Restaurant.

Landau, du Plessis and Zahav were all semifinalists in 2018; Vetri was a semifinalist in 2016. 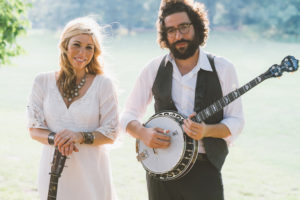 The five-member band is led by the husband-and-wife team of Doni Zasloff and Eric Lindberg. The band is influenced by bluegrass, old-time music, Celtic and jazz.

“We knew that another bluegrass service, especially one led by Nefesh Mountain, would be well received and heighten spiritual connection, so we decided to contact them last March,” TBI Cantor Elizabeth Shammash said. “The band was busy recording and touring so we decided to book them far enough in advance to insure we would get the date we wanted.” 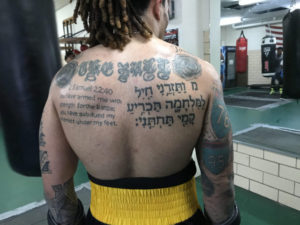 Philadelphia light-heavyweight Benny Sinakin, who was profiled by the Jewish Exponent in 2018, ran his professional boxing record to 3-0 on Feb. 23 with a first-round knockout of fellow Philadelphian Ronald Lawrence, according to fightnews.com.

Sinakin fended off a few early punches from Lawrence, who is 0-4, before taking control of the bout.

The boxing card was the first held at the newly refurbished The Met Philadelphia.

Sinakin, who is nicknamed “The Jewish Bulldog,” had a 16-4 mark as an amateur. He wears a Star of David on his boxing trunks, and his body is adorned with tattoos featuring Hebrew lettering.

Jewish singer Noah Aronson, who has released several albums in recent years, will spend March 8-10 as an artist-in-residence at Main Line Reform Temple in Wynnewood.

Aronson will participate in five events over the weekend, including a ticketed Shabbat dinner after March 8 Shabbat services and a “coffeehouse concert” the following evening at 7:30 p.m.

There also are three free events — one each day of the residency.

Aronson, who is an adjunct faculty member at Hebrew Union College — Jewish Institute of Religion’s Debbie Friedman School of Sacred Music, released his first album in 2011. The title song “Am I Awake” won the NewVoices song competition at NewCAJE that year. 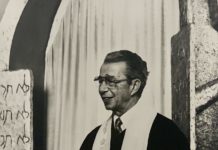 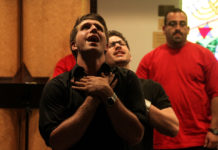