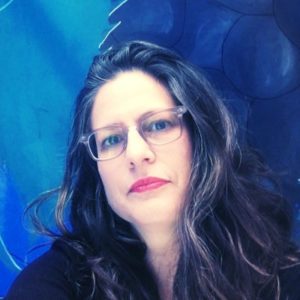 When I first met Joshua Runyan in a Starbucks four years ago — black coffee for him; cappuccino for me — I thought I was going to talk with him about the death of the Jewish press in Philadelphia.

I was a staff writer at Philadelphia magazine then and Josh was the new editor-in-chief of the Jewish Exponent. As a native Philadelphia journalist with strong feelings about hometown pride, I had grave concerns about the ability of a Maryland-based editor to effectively cover the local community. I prepared a number of tough questions meant to demonstrate that an outsider could never truly understand the city or do it justice.

But as has so often happened in my 20-plus years in journalism, things turned out quite differently than I expected.

First of all, I learned that Josh was a Philly native, and the editorial staffers he’d hired were local. He agreed with me about Philadelphia’s singularity and the importance of local, on-the-ground reporting.

He also believed in the importance of the Jewish press and wanted nothing more than to see Jewish community newspapers flourish and grow. We both shared precisely the same concerns about the sustainability of Jewish newspapers and the future of media overall. It was a reassuring conversation in terms of the Exponent, which I saw was in good hands.

So when Josh and I spoke again some months later — after he’d done the sensible thing and moved to Philadelphia for good — about my coming onboard to work for him, I already knew we shared the same core values when it came to editing: balance, integrity, accuracy. I also suspected that I would feel at home working for a Jewish newspaper, and I was right.

In addition to enjoying covering the Jewish community as a reporter, there were unexpected benefits. I never had to explain any of the Yiddish words I used; everyone was warm as matzah ball soup and evinced incredible concern if I complained of the slightest pain; and the managing editor always had a supply of tissues, plastic silverware and ibuprofen in his desk.

After my first week at 2100 Arch St., I called my mother and said the words she wanted badly to hear: “It’s a totally haimishe place. I’m going to be fine.”

Since then, I have occupied a number of different roles for our parent company, from Exponent staff writer to editor-in-chief of the Baltimore Jewish Times and the Jewish News of Greater Phoenix. I’ve also helped manage Washington Jewish Week and the Pittsburgh Jewish Chronicle.

After many years in the so-called secular press, I’ve been blown away by how engaged, excited and connected readers of Jewish newspapers are — especially in Philadelphia.

As other publications across the country struggle to maintain a Letters to the Editor section, the Exponent has a steady flow of reader feedback, both online and via regular mail. We get lots of phone calls, too, from people who want to talk about particular articles we’ve run.

As a nostalgia junkie, some of my favorite calls come from readers who are excited to see a familiar name in a story — maybe it’s a second-grade best friend they lost touch with or a son who recognizes his veteran father’s World War II buddy. Sometimes we can even make reunions happen.

And when I ran the Mazel Tovs section — which features bar and bat mitzvahs, births, weddings and engagements — I regularly had long talks with people whose families had been reading the paper for years and felt the Exponent announcement of a child’s simcha represented the culmination of their Jewish Philadelphia upbringing.

Quite often, when I’ve called a source for an interview, they’ve said, “The Jewish Exponent? My grandma will be so proud!” Even celebrities get a kick out of appearing in these pages.

All of this makes the Exponent a true community newspaper. Even in a densely saturated media environment with so many disparate options, its existence remains vital to its readership, which means that those of us tasked with shepherding it through its next phase have a serious responsibility.

So it is with great care and deliberation that I take the reins of the Exponent from Josh’s able hands, as he moves on to become a lawyer. At the other Jewish papers, my instructions to writers and editors has been twofold: If something of interest happens in the local Jewish community, people should know that they’ll read about it in our paper; and if something of note happens in the Jewish community nationally or internationally, readers should expect to learn from us how it’s impacting the local community.

Readers don’t pick up our weekly publications to find out what’s happening in the news: They turn on TV news for that, or go online. But they do turn to weekly papers for stories that aren’t told elsewhere, for analysis, for articles that straddle the line between news and human interest. They read us for strong voices and stories that bring out the best, most compelling elements of a narrative. We hope to do all that.

I have instructed our very able writers to feel free to get creative and write about what interests them; writers do their best work when they’re passionate. I’ve also put a call out for opinion submissions, including those from oft-underrepresented voices, such as women, LGBTQ writers and Jews of color. We will continue to offer coverage of every stream of Judaism without prejudice, and we will do our level best to provide balanced reporting and analysis that represents all political viewpoints.

In all my years as an editor, the past couple of years have, in many ways, been the most challenging. The news media has encountered extraordinary change as digital media has evolved, and for the first time in my memory, the notion that a free press is essential to the functioning of a healthy democracy has actually come under attack. People in every community are divided, but the divisions in the Jewish community make the business of Jewish journalism especially tough, as I learned from many colleagues at the most recent American Jewish Press Association conference. Coming in as an editor in this climate, I know that no matter how carefully I tread, there will be people who disagree with the decisions I make or imagine that I’m motivated by a particular agenda. But I can assure you: I have no agenda to pursue other than presenting a robust and interesting portrait of Jewish Philadelphia today.