I’ve been thinking a lot about babies lately. Those who know me might say that it makes sense, considering that our household has had at least one child in diapers since our first was born in early 2003.

But late last week, staring at my newest son — who was born the week before — I marveled at just how uncomplicated, helpless and unadulterated is existence in those first few days of life.

My son had not yet experienced the trauma of the bris. (That happened on Feb. 17, and he was given the name Simcha Meir.) According to studies, he could really only see well half a foot away. It’s the perfect distance to study the face of his mother, as well as the checkered pattern of his bassinet.

A baby is, in many ways, the embodiment of political philosopher John Locke’s idea of a tabula rasa. As he explores the world every second that he’s awake, he has not yet formed such complex ideas as hate or anger. He lacks the capacity to make the kinds of value judgments that depend so much on nurture, and not so much on nature. He comes into this world devoid of those emotions that have wrought so much destruction.

So if the newborn doesn’t hate, from where does the anti-Semite derive his venom, or the racist her hatred? The simple answer, of course, is that ironically, it’s inculcated over time by, in many cases, those who love him.

When last week’s issue of the Jewish Exponent was going to press, I was asked by the person filling in for me whether I wanted to write an installment of this column. I decided against it, my reasons rooted as much in the fact that I was understandably busy with the demands of paternity leave as in the idea that I wanted to wait until the skirmishes over freshman Rep. Ilhan Omar’s latest anti-Semitic tweet simmered down. I knew then that I wanted to write about the affair, but I wanted to see just what would come out of it.

For those who could use a refresher, Omar, a Democrat from Minnesota and one of two Muslim women elected to Congress last November (the other was Palestinian-American Rashida Tlaib of Michigan) over Twitter accused House GOP leader Kevin McCarthy of California of being in the pocket of the pro-Israel lobby. McCarthy, who has threatened to take action against Omar and Tlaib for their positions on Israel, was motivated solely by the “Benjamins,” Omar said. When asked to specify what she meant by a journalist from The Forward, Omar replied: “AIPAC!”

The exchange represented yet another invocation of the old anti-Semitic trope that Jewish money makes the world go around, but Omar isn’t the first member of Congress, Democrat or Republican, to traffic in such a stereotype in the last couple of years. Omar, who several years ago accused Israel of “hypnotizing” the world, was rightly condemned and forced to apologize by a united Democratic leadership. But even in her mea culpa, she deflected the charge of anti-Semitism by explaining her stance as more rooted in attacking the big money that lobbies Congress. (Left out of her statement was a denouncement of the anti-Israel money that funded her campaigns.)

But while Democrats and Republicans were united in calling Omar to task, President Donald Trump, no stranger himself to the use of a good tweet with anti-Semitic overtones to score political points (i.e., demonizing George Soros), upped the ante by demanding that Omar resign. Predictably, she hasn’t, nor have many Democrats urged her to do so.

That pretty much brings us up to date.

Left in the back and forth has been any meaningful dialogue on how someone like Omar, who by all accounts is a talented politician deeply committed to her own community, came to traffic in hate in the first place.

Left unsaid has been any type of reasonable explanation for how hatred — whether of Jews or of blacks or of immigrants or of the rich or of the poor — seems to spread so easily among those tasked with representing all of their constituents and who have pledged to preserve, protect and defend the Constitution.

We know that they were not born haters. Hate, if they truly hate as opposed to just employing it as a cynical device to achieve electoral success, had to have been developed, delivered and inculcated in them.

Were Omar to step down, we’d still be left with the most basic of problems: how to prevent hate from finding a home in an otherwise rational mind.

The only solution I can think of at the moment, still admittedly under the spell of my newborn son but fully cognizant that it’s pretty much worthless as a political strategy, is to love each other a little bit more and to have that love be the primary mover of what we do and say. Let’s start with our children.

Joshua Runyan is the editor-in-chief of the Jewish Exponent. He can be reached at [email protected] exponent.com. 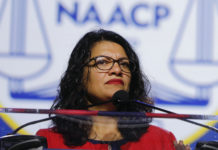 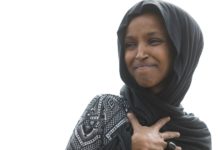 Rep. Ilhan Omar Under Fire for Naming 3 donors to Challenger, All Jewish 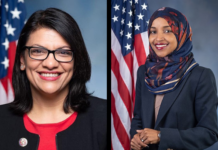