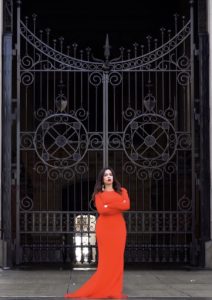 Goldstein, 34, is betting that the answer is a Soviet immigrant running for an at-large Philadelphia City Council seat as a Republican, one who actively posts on social media and describes the U.S. penal system as “the new Jim Crow,” all while maintaining strictly conservative economic policies.

Goldstein left the former Soviet Union with her parents when she was 4, stopping in Austria and Italy for close to a year before settling in Northeast Philadelphia. She said she is deeply committed to stymieing socialism in the United States.

“They got rich, and we got poor,” she says of her family’s time in the U.S.S.R. “We had equal amounts of nothing.”

Her father, a builder in Ukraine, and her mother, a radiology nurse, worked as a day laborer and a hospice care nurse, respectively, in the U.S.

After testing out of high school early, she attended Community College of Philadelphia before transferring to Temple University. She had a stint in the pharmaceutical industry, but found it draining.

Before long, she decided that she had bigger plans, and moved on to the MBA program at Saint Joseph’s. While she studied part time, she started Gold Bull Management, a financial services company. A few years later, she started a fur coat company called MOD+FURS. Even still, it felt like something was missing.

That’s when some of her more politically inclined friends began to tell her she should consider running for office.

“I speak a lot of truth,” she said, “and I never met a politician who spoke the truth.” But her friends convinced her with a comparison to one particular Republican: President Trump.

Though at first evasive on her stance on Trump (“I respect the position of the president of the United States”), she eventually confesses: She sees herself in him.

“What I don’t like about him is actually what makes him most effective,” she said. Like him, she said, she’s a bulldozer.

Indeed, she displays a similar capacity for taking advantage of the news cycle and utilizing social media. She rails against the “radical, Marxist and self-centered agenda” of city Democrats on Twitter, and the “delusional, nonsensical, childish thinking and planning” of their national counterparts.

Of her own longtime councilman, Bobby Henon, who was recently hit with federal charges of bribery, conspiracy and fraud, she said: “You find out that the councilman from Northeast Philadelphia, where you grew up, where you and your parents have paid taxes for over 30 years, is not there to advocate on your behalf!”

“I wasn’t met with fanfare, I can tell you that,” she said of her appeals for assistance.

“Any candidate that calls and asks for assistance and guidance, we’ve been happy to give it, and we have given it to Irina,” responded Christopher Vogler, vice chair and executive director of the Republican Party of Philadelphia.

Wherever she finds her support, Goldstein is ready for the campaign.

“I have the mouth of a sailor and the heart of a servant,” she said. “Where does this person fit in? Politics!” 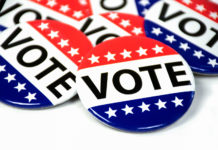 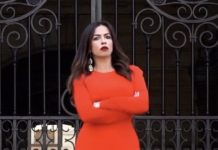