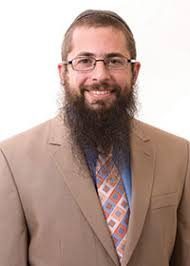 New York Gov. Andrew Cuomo has committed the cardinal sin of betraying his faith by, in the words of Philadelphia Inquirer columnist Christine Flowers, stepping in “to protect abortion rights.”

Even worse, according to Flowers, the governor of the state to our north didn’t apologize for doing so.

I always get a tinge of nausea when I hear, see or read of others wallowing in their self-righteous indignation to proclaim just what a good Catholic, or Jew, or Muslim, or whatever, does. That’s not to say that I don’t appreciate the legalisms that undergird any religious faith. How could I not?

I am fully cognizant of what is and what is not sanctionable Jewish behavior. At the foundation of the Torah worldview, in fact, are the positive mitzvahs that demand a certain action and the negative mitzvahs that prohibit other actions. But how these precepts interact with each other — and how they function in a sea of clarifications and changing contexts — is how we see the vast differences in Jewish practice, especially among different Orthodox groups, for whom total allegiance to halachah is a non-negotiable creed.

But to publicly call someone else a bad Jew — or for Flowers to call Cuomo a bad Catholic, as she effectively did last week — reeks of a certain hubris that prefers moral certitude to the messy realities of everyday life. Such may be the ultimate perfect vision of the Almighty, but for us mere mortals to assume the capacity to make those all-knowing judgments is to affront the divine.

To be sure, Flowers could say — and probably does — the same thing about abortion, which she views not as tantamount, but equal in every way, to murder. For her, apparently, the real danger of the new law that Cuomo signed, which allows the termination of a pregnancy up until the 24th week, is that it also allows an abortion to proceed at any time if the mother’s life is in danger.

Today, 40 years after Roe v. Wade, people can and do continue to debate what several years ago seemed settled law, that a woman has the right to decide what to do with her own body. Some contend that life begins at conception, while others believe that life begins at viability. Where you fall on that spectrum likely dictates your opinion on whether abortion should be outlawed or when during pregnancy it should be proscribed.

But even if you contend that a fetus, prior to birth, has the same legal status as a human being, you’d have to tie yourself into some pretty uncompromising knots to reach Flowers’ ultimate objection. There are a host of situations where the law, as dispassionate as it is, values some lives over others. If someone is endangering your life, for instance, you are generally permitted to use lethal force in self-defense. In such a circumstance, the law, as it were, values your life over that of your attacker.

Were Flowers, however, to get her way, the presumption of who lives and who dies in the case of a mother’s life being in danger from her own pregnancy would fall squarely on the side of valuing the not-yet-born fetus over the mother. As I said, I’m no expert on Catholicism, but I can tell you that such a view certainly isn’t a Jewish one.

From a Jewish point of view, an undelivered pregnancy exists in a state somewhere between life and the absence of it. In the womb, an embryo and fetus represent the potential for life and, as such, deserve a certain level of protection. But whatever level of protection is ultimately granted — as in modern-day jurisprudence, so much of the cases that rabbis see in this area depend on the facts and circumstances — if a pregnancy is determined to endanger the mother, there’s no question what should be done: The mother’s life takes precedence.

Ultimately, however, the abortion question is a political and public policy one. Religious beliefs, especially those rooted in ideals that fail to account for the realities of the human experience, have clouded the issue.

To reverse Roe, which is what Flowers sincerely hopes will happen if the president is able to nominate another Supreme Court justice, would be to relegate women across this nation to the back-alley abortions that place so many lives in jeopardy. It would be to relegate a pregnant woman to a de facto second-class status, bereft of the agency to affect what happens to her body that men everywhere — because we cannot become pregnant — enjoy at every single moment.

There’s a way to describe this kind of inequity: It’s immoral.

Joshua Runyan is the editor-in-chief of the Jewish Exponent. He can be reached at [email protected] jewishexponent.com.