Author Dr. Hallee Adelman will tell you her life has literally gone from Z to A.

Her maiden name was Zaslovsky, and, now that she has written a book under her married name, she gets a break alphabetically.

“My children’s book (My Quiet Ship) will be one of the first on a bookshelf,” Adelman said with a chuckle.

Adelman’s subject in the 32-page book, published this past Oct. 1 by Albert Whitman and Company and illustrated by the award-winning Sonia Sanchez, is a young boy named Quinn, in the 6-year-old range, according to Adelman.

He often hears his parents yelling and fighting and copes by using his imagination. When the noise becomes too much for him, he “boards” his Quiet Ship as its commander. The roar of the engines drown out the arguing, and he “lifts off” to distant, quiet places in space.

Quinn’s stress and fear evaporate on his imaginary journey to imaginary places in the universe with imaginary “hugging and comforting” creatures he meets. But the day comes when his Quiet Ship can’t drown out the shouting, and Quinn realizes he must confront his parents and tell them to stop fighting because he is scared when they engage in such behavior. 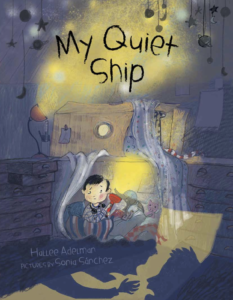 Adelman, a Haverford resident, has taken the imagination she developed as a child, along with the work she had done as a teacher in the Jenkintown School District, earning a Disney Teacher of the Year Award, and as a consultant with the Philadelphia School District and as an adjunct professor at Drexel University, to put together My Quiet Ship.

The premise for the book has been there since she was a youngster.

“I had a good childhood,’’ said Adelman. “There were times I traveled into space, I had a desk and pretended I was blasting off, and envisioned other games to escape the usual cacophony that’s in a house, but when I started teaching in the elementary grades in Jenkintown, I started hearing stories from some of my students.

“There were some who came to school really tense because of things that happened at home and causing stress. I listened and really tried to help them. I really hope My Quiet Ship reaches kids who need it.”

Writing and reading for children has always been one of Adelman’s passions. She has been a member of the Society for Children’s Book Writers and Illustrators since 2009. My Quiet Ship is her first book, and developed over time.

She also is an advocate for quality education for children and teens, and hopes all unlock their strengths and passions.

“I talked to a diverse group of kids. There are a lot of sounds that scare some of them, even birds and thunder. They want quiet when they hear them. I’m more than glad to listen.”

Albert Whitman and Company, which is a noted publisher of children’s books, not only accepted Adelman’s manuscript, but provided her with Sanchez, whose illustrations are admired in the publishing business.

“Really it was all luck that Albert Whitman matched me with Sonia,” Adelman said. “She is so talented, and was so great to work with. Her illustrations are just amazing and a huge part of the book.”

While My Quiet Ship is available in both the usual stores and online sites, Adelman is also working on a few other projects, including an online project called “The World of Ha,” and a teen novel, Frayed, in which the main characters are twins in the world of fashion and addiction attempting to find beauty in an imperfect world.

Also on her plate is a documentary involving a family attempting to overcome drug addiction.

“With ‘The World of Ha,’ I’m trying to create a place on-line for kids to go and smile and feel good,’’ said Adelman. “All need that. I’m just trying to help.”

That My Quiet Ship has the potential to do in a unique way. 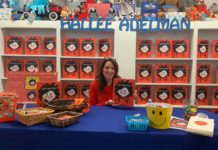 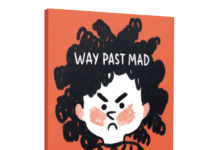