When famed Israeli author Amos Oz, who died on Dec. 28 at 79, visited Philadelphia for a “Celebration of Jews in the Arts” in 1980 — one of the first of many visits he’d make to the city — he had already published seven books of fiction, including My Michael, the 1968 novel that made him a household name.

Talking to an appreciative crowd at what would later become known as the Gershman Y, Oz was, according to an Exponent report on the event, “munching on cookies, puffing sporadically on cigarettes and then belching out the smoke like an abused chimney” as he answered questions in “snappy, articulate style.”

Oz, who was living at Kibbutz Hulda at the time, spoke about the dynamic of being a famous person in an egalitarian community, where he had a job waiting tables.

“It would be out of character for me to act like a celebrity,” he said. “I have to do my job as a waiter quicker than the others or people will start saying, ‘Ah, it has gone to his head.’”

Such criticism from his countrymen, he added, would have been “harder for me to accept than a negative review by The New York Times.”

It’s a funny thing for a writer to say, but for Oz, it makes sense: He was always an Israeli first and a writer second. His relationship with Israel, his love of it, determined everything he did in his life, from portraying his beloved country’s citizens in fiction to pursuing political activism around a two-state solution.

As he reached for more cookies and stubbed out his cigarette at that early Philadelphia appearance, he said he felt pained by the idea that there were Israelis who would move to the United States.

“The very concept hurts me as a Zionist,” he said. “I do understand them somewhat — Israel might be too intensive and painful an experience for them. I feel sorry for them; they are missing the most absorbing drama on earth.”

It was this drama that Oz both chronicled and attempted to influence in the years that followed. By the time of his death, he’d written 40 Hebrew-language books, both fiction and nonfiction, which were translated into dozens of languages. He was rewarded for his output with a plethora of awards and honors, including major literary prizes in Israel, Italy, Germany, France, Spain, Romania and South Korea. In 2008, he was included in a list of 100 leading intellectuals in a survey by Prospect and Foreign Policy magazines.

Born Amos Klausner in Jerusalem in 1939, Oz left home at 14, two years after his mother committed suicide, and moved to Kibbutz Hulda. It was there where he found a new family and took a new last name — Oz, which means “courage” in Hebrew. He went to Hebrew University in 1962 and was a visiting fellow at Oxford. He served as a reservist with the Israeli tank corps in both the Yom Kippur War and the Six-Day War. He began writing in his 20s.

As one of the longtime leaders of Peace Now, Oz advocated for a two-state solution his whole life. He was generally optimistic: At a 1989 appearance at the University of Pennsylvania, he said confidently that the conflict between Israelis and Palestinians was “nearing its final and ultimate phase.” His enthusiasm for the project did not diminish when that turned out not to be the case.

He was frequently critical of the Israeli government, writing hundreds of newspaper articles and essays. But his political opinions were not included in his novels, creating a bifurcated public persona: Oz the activist, outspoken and passionate; and Oz the novelist, who wrote about the passions of others.

At his last Philadelphia appearance, at the Free Library in 2011, he addressed this divide: “When I want to make a political statement, I pick up my other pen — I have two on my desk — and write an angry article and tell the government to go to hell.”

Politically, he suffered a crisis of faith in 2000, after the collapse of the Camp David talks. He wrote about his disillusionment with Palestinian leadership in The New York Times. By the time he visited Bryn Mawr College in November 2001, he was, according to Exponent writer Geoffrey Melada, “a disheartened spirit, a writer whose long-held trust in the Palestinian leadership, specifically Yaser Arafat, has been shattered.”

“The doves are injured,” Oz told the audience, adding that everyone in the government felt “sadness, confusion, anger and disbelief.”

But by the time he came back to Philadelphia in 2004, to attend a conference about his work at Penn, he was more sanguine about a two-state solution again — and perhaps more realistic.

“No one is going to go away, even if they are not able to live like a happy family,” he said. “They must divide the house into two smaller apartments — I think you call it a semi- detached home in English.”

Until the end of his life he continued to hope for a lasting peace, even as he saw the obstacles to it. One of his last nonfiction books was Dear Zealots, in which he wrote: “The Israeli-Palestinian conflict is not a Wild West movie. It is not a struggle between good and evil, rather it is a tragedy in the ancient and most precise sense of the word: a clash between right and right, a clash between one very powerful, deep, and convincing claim, and another very different but no less convincing, no less powerful, no less humane claim.”

As his daughter Fania wrote in Haaretz after his death, Oz’s ethos came down to just one moral imperative: “Do not cause pain. That is all. Do not cause pain. And if that is impossible, at least cause less pain.” 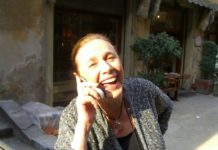 Even More We’ve Lost to COVID-19 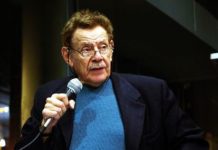